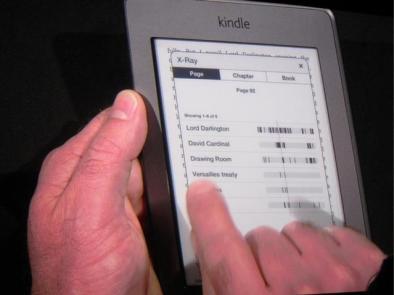 How the heck did Amazon make its new Kindle e-readers so cheap? By slyly making its ad-supported “Special Offers” pricing, which includes sponsored screensavers and ads on the home screen, the new standard for its e-readers.

The company announced today its new Kindle Touch for $99 and a revamped keyboard-less Kindle for $79. Remove the Special Offers though, and the price for those e-readers jumps to $139 and $109, respectively.

Amazon introduced its ad-supported Kindles in April, which it offered for $114 (Wi-Fi only) and $139 (with 3G). The latter went on to become Amazon’s best-selling Kindle for that quarter. That was a major signal that Kindle buyers didn’t mind a few ads if it meant saving cash (the ad-supported 3G model was $50 cheaper than the version without ads).

Given the success of its earlier ad-supported Kindles, it certainly makes sense for Amazon to make them its new standard. U.S. customers likely won’t have much of a problem with it, but the change is confusing to international buyers, Slashgear reports. Amazon’s Special Offers service is only available in the U.S., so customers in other countries will have to pay the full price for the hardware. That will certainly dampen the excitement of many international users seeing headlines for a $99 Kindle Touch.