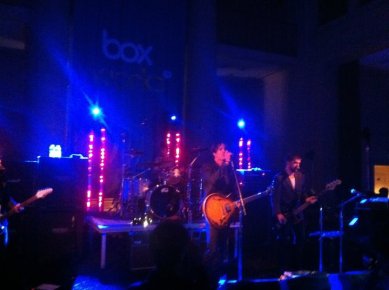 In July, Box.net announced that it would host a conference in San Francisco called BoxWorks. The conference was aimed at promoting its cloud storage and online collaboration technology, while touching on some major enterprise cloud topics. Done right, a conference like this can be way more entertaining than the word “enterprise cloud topics” might suggest. And Levie’s company is hardly the first to host an enterprise-based conference. Oracle has OpenWorld, for example, and Salesforce.com has Dreamforce.

The conference  felt like a coming out party for the company, one Box.net employee told me at the event’s after party. Indeed, having the industry clout to legitimately host a conference and attract attendees from across the country is a significant milestone. Some of the largest companies in the world use conferences as a way to unveil new features and get a feel for how big their customer base is.

Levie certainly played his part well. He seems thrilled to introduce new things to his customers. He’d leap on stage sporting some sweet orange tennis shoes (from Zappos, one of his favorite sites, he’ll tell you). And though he’ll say he usually sticks with Puma-style shoes, he has a new color every time I see him. He’s part Zuckerberg in enthusiasm. He even has his own “one more thing” moment, just like Apple chief executive Steve Jobs. At the end of his keynote speech, he unveiled a deal with smartphone and tablet manufacturer Motorola, and gave away a Motorola Xoom tablet to each BoxWorks attendee.

He pulled a similar stunt with Samsung Galaxy Tabs at a press event in February. But the whole act was completely improvised on stage, Levie told me later that evening. You probably wouldn’t have guessed. The whole event seemed a like a well-orchestrated episode of Oprah, but with a few more awkward nerds in the crowd.

“To be able to get up in front of 500 people at 26 and be that poised, that’s not normal,” Stein said. “He’s a special guy, it takes a special entrepreneur to go that big.”

Salesforce.com, a decade old and one of the top customer relationship management software providers, puts on a massive conference in San Francisco each year called Dreamforce. The company spares no expense, either: Rock group Metallica will be playing at the conference this year and former President Bill Clinton was a keynote speaker in 2010. It’s glitzy and feels a bit like the mayhem that’s present at consumer-facing trade shows like the Electronic Entertainment Expo.

BoxWorks was certainly smaller. There were maybe between 300 and 400 people at the event, not thousands. It didn’t have the dozens of reporters that Dreamforce or OpenWorld typically attract. It didn’t have a massive show floor with giant displays and booth babes. But the pieces were there, and given that Oracle and Salesforce have a few decades on Box.net, it might be better to give the younger company the benefit of the doubt on this one. BoxWorks was a one-day event, but the company already plans on expanding it to three days next year.

But not to be outdone, BoxWorks ended with a concert by Third Eye Blind, a band that holds a special place in Levie’s heart, he said. Rather than stand up on stage or near the front of the crowd, he stood off to the side by himself. He’d dance periodically, but he was checking his phone most of the time. Maybe he was entertaining another buyout offer.

He only broke his cool and leapt into the crowd for one song: “Semi-Charmed Life.” It’s one of the band’s hits from back in the 90s, and was his favorite song back from old middle-school dances.

I asked him how he managed to snag a major band for an event like this. 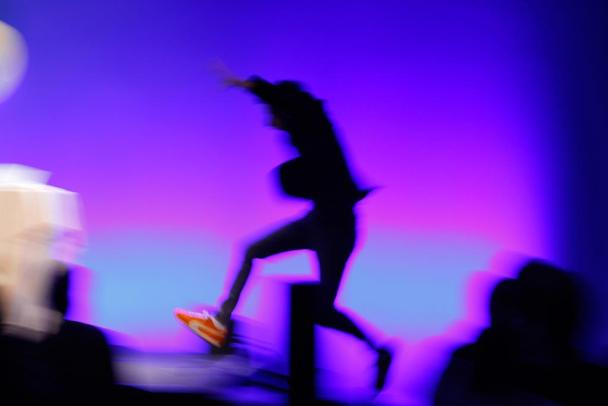