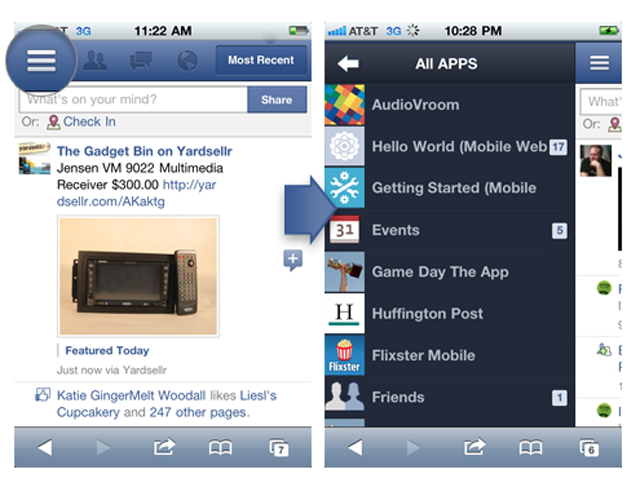 Social network giant Facebook may kick its mobile strategy into high gear next week, debuting both its long-awaited iPad application and an HTML5-based mobile app platform, and now there is more evidence in the form of leaked screenshots of an HTML5 Facebook project discovered by TechCrunch.

Despite 350 million of its 800 million total active users accessing the social network through mobile devices every day, Facebook hasn’t made any significant strides in mobile for over a year. A new announcement is long overdue.

Facebook actually finished (or nearly finished) the Facebook iPad app development in May, but held off on releasing it due to conflicting decisions about the company’s dedication to producing an HTML5 app — which would allow it to surpass restrictions of producing native apps for iOS and Android.

In addition to Facebook’s iPad app development, the company was also rumored to be working on an HTML5-based mobile app platform nicknamed “Project Spartan“. This platform would allow other developers to create Facebook-specific applications much in the same way that Apple does with its App Store — something Apple probably isn’t very happy about, since it makes Facebook a direct threat.

I think it’s far more likely that Facebook will debut its HTML5 platform and bury its iPad app. Partially, this is because screenshots of (what looks like) Project Spartan have leaked online, and partially because the former Facebook iPad engineer lead has publicly stated that he doesn’t think Facebook will ever release the iPad app. Also, it contradicts Facebook’s strategy to focus on a web app platform.

As VentureBeat previously reported, the announcement about Facebook’s mobile presence is expected to coincide with Apple’s October 4 press event.