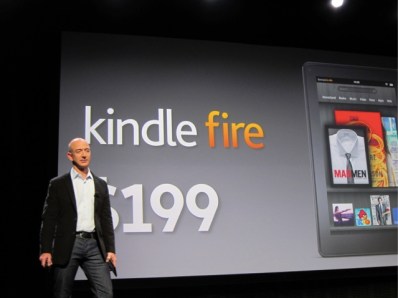 Amazon will lose around $10 for every $199 Kindle Fire tablet it sells, but the company will make back that amount as a small profit when consumers buy digital content, according to a report by market research company IHS iSuppli.

The news isn’t too surprising, since it has been speculated for some time that Amazon’s tablet would serve more as a conduit to its digital media ecosystem, than a device to give Amazon a huge profit in sales alone.

IHS expects Amazon to generate a small profit of $10 on every tablet sold, taking into account expected digital content sales for every unit. That may seem like a low-ball estimate, considering users will likely be buying plenty of digital media with the Fire for years.

The research firm argues the real appeal of the Fire will be its ties to Amazon’s retail products: “The Seattle-based online-retail giant generates its profits on sales of shoes, diapers, and every other kind of physical product imaginable. Similar to Walmart and other large brick-and-motor retailers, Amazon’s content business is designed to lure in consumers to buy such everyday goods as well as other money-making items.” 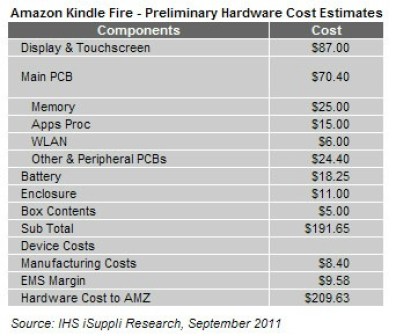