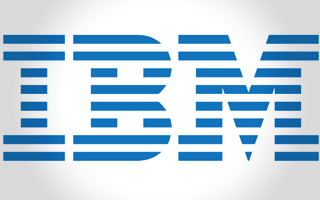 Today, for the first time since 1996, IBM is worth more than Microsoft.

International Business Machines, which has been around since 1911, saw its market value reach $214 billion yesterday, while Microsoft’s fell to $213.2 billion.

Both companies still fall behind Apple, which had a market value of $362.1 billion as markets closed yesterday.

Over the course of the year, IBM has grown in market value by a total of 22 percent. Microsoft has, for the same period of time, dropped 8.8 percent.

So what’s been behind IBM’s more recent success?

In 2005, IBM sold its PC division to Lenovo for $1.25 billion. IBM believed the move would make it more profitable in the long run and would allow it to focus on software, services and supercomputers.

While the software and services parts of the business are highly lucrative for IBM, it has a rich and long history in cutting-edge machine research. Over the past year or two, IBM has made headlines with its fascinating new chips and supercomputers. In 2009, the company’s Blue Gene supercomputing program earned a presidential nod and was awarded the National Medal of Technology and Innovation.

And this year, the company’s Watson, which handily beat Jeopardy contestants in February, was put to work as a hospital diagnostician in May.

Earlier this month, we got to learn a bit more about IBM’s “brain chips” and where and how they’re made. Finally, earlier this week, IBM announced that, together with Intel, it would be creating a $4.4 billion tech hub in New York to continue its focus on next-gen computer chip technology.

Clearly, IBM’s focus on computers that “think” has been part of its success; sloughing off its personal computing business allowed it to make huge strides in this area and others.

Microsoft, on the other hand, is still doing robust business with its operating system and Office suite sales as well as its gaming business, thanks to the Xbox and Kinect. But the company is still making heavy investments and struggling to see returns in areas such as online services and mobile.