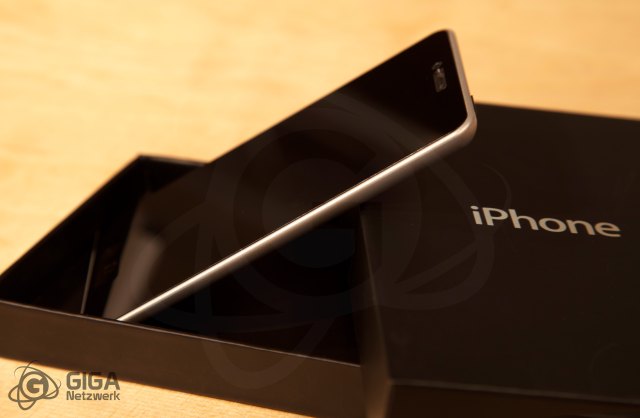 As we near Apple’s official iPhone 5 announcement (set for Tuesday, October 4), we have our closest look yet at what the mystical device may look like, thanks to the creative geeks at BENM.AT.

The stunningly realistic mockup shows off a thin and slightly curved design that makes the iPhone 5 look a lot like the iPad 2. The curved design will be a welcome change for those who never got used to the sharper edges of the iPhone 4.

Using information gleamed from CAD designs, hardware components, cases, and other iPhone 5 gossip from around the web, the group was able to create a virtual model of the phone. It then proceeded to carve the design out of a block of aluminum and treated the metal with glass pearls to achieve a look close to the iPad 2.

Compared to the iPhone 4, the iPhone 5 appears to be smaller, thinner, yet slightly wider. The slight bump in width makes room for a 4-inch screen, which has been rumored for some time. The bigger screen is sorely needed for the next iPhone, since it will make it more competitive against large-screened Android phones.

And as the video below makes clear, the design also takes into account rumors of a rectangular and capacitive home button. That would be a good addition for the iPhone 5 since it means one less mechanical part for consumers to break, and it also opens the door for touch-sensitive swiping on the home button. BENM.AT posits that you’ll be able to unlock the phone by swiping on the home button, instead of waiting for the screen to wake up. That would also mean the end of greasy unlock swipe streaks from the iPhone’s screen.