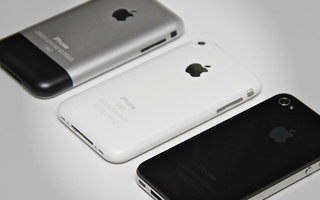 An anonymous tipster has leaked some information about Apple’s soon-to-be announced iPhone 5, including tidbits about onboard storage and device colors.

A “Mr. X,” as well as other sources in the iPhone manufacturing chain, told 9to5mac that the newest version of the iPhone will likely come in 16GB, 32GB, and 64GB capacities.

Each version will be available in black and also in white.

The data about capacities could be related to the rumored iPhone 4S or the iPhone 5.

In fact, there’s been some suggestion that the rumored 4S will be a less expensive, 8GB version of the iconic smartphone. Deutsche Bank’s Chris Whitmore said over the summer that Apple was ripe for releasing a cheaper, unsubsidized iPhone that could work with prepaid mobile plans; however, while those comments were informed, they were still speculative.

At any rate, the rumors will all come to a halt (at least for the next month or two) on October 4, next Tuesday. That’s when Apple has scheduled its announcement of whatever is coming next for the iPhone. Stay tuned; our correspondents will be on the ground at the company’s Cupertino headquarters to give you the scoop.