Enjoying the Battlefield 3 multiplayer beta? You've just made someone at DICE cry tears of shame. Such cruelty…. 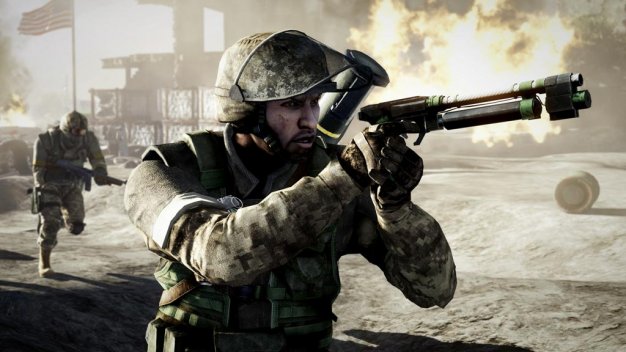 Battlefield 3 Executive Producer Patrick Bach feels "ashamed" of Battlefield: Bad Company 2. Bach told The Wall Street Journal that anxieties run high in the days before a launch, leading to retrospective remorse over shelved features. "I can't even bring myself to start up Battlefield: Bad Company 2, our last game, because I feel so ashamed," he said. "I know it is a great product, but still I only see the things we could have done better." An artist is never satisfied with his work, I suppose — but if I see even a hint of a disheveled hairdo and eyeliner, I'm calling shenanigans.

Gears of War 3 chainsaws into 3 million consoles during its first week of launch. Microsoft further revealed today that the franchise featuring muscled, loud men shooting muscled, loud mutants pulled in over $1 billion in sales across its existence so far. "Control? This is Delta. We're gonna need a lot more oversized codpiece armor. Out."

I Am Alive is actually alive. Publisher Ubisoft penned in a winter 2011 release date on the Xbox Live Marketplace and PlayStation Network for the post-giant-earthquake action title considered abandonware since its inception in 2008. No word yet on a potential "I Am Weasel" spin-off. [GameSpot]