I’ve gone thru 4 Xbox 360’s and 3 PS3; until this generation I’ve never had a console "die". Some of my friends with PSone’s had to turn their consoles upside down, but at the end of the day the system still worked. So, what’s up with this generation. The consoles cost more so why is the construction quality less; I pity anyone buying a 60 gig PS3 and craigslist and not expecting to see the yellow light of death and I’ll buy a round of drinks to anyone still rocking a first generation Xbox 360. 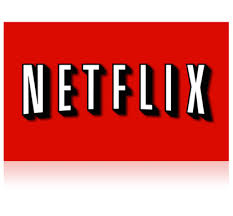 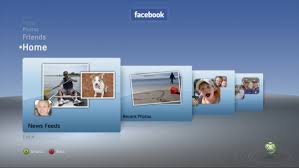 I don't remember any other generation's consoles doing all this…

Truth is our machines are being used more today than every before and in reality, a gaming consoles (while still primarily used for gaming) is now the Swiss army knife of cool shit to do when you are bored. Watch TV, listen to music, go on the web and the ability to download anything you want at anytime assures that our machines are always on. My current 360 in pretty much on at all time, it is my families entertainment hub. The PS3 is still one of the best blu-ray players, that drive is nearly always in motion; so when God of War 3 came my way, the marathon gamer in me took over. 9 hours later, another Yellow Light of Death…

I don't remember any other generation's consoles doing this either…

Now, before I sound too much like an apologist, I would prefer that Microsoft and Sony would build better first (and second) generation hardware. Sometimes I want to yell at them and say ‘Assholes, why’d you make these dawn things so flimsy if you wanted us to uses them 24/7?’ Our answer is the ‘slims’, and like the slim PS2 (or Playstation-mini-me as I like to call it) it’s the answer to all our issues. With the 360; it was too loud, the fan and the drive, WTF?; not stylish enough, the damn thing was kind of ugly; Wi-Fi, it cost the same as a PS3 where the fuck was the wireless? and no, I don’t to buy a fucking antenna. And finally the hard drive, 20gb ain't shit. All those issues were handle in the Xbox ‘s’. As for the PS3, the one issues that sucker had was that it was white hot after a few hours of play, an problem the slim resolved. As for backward compatibility… I’d rather pay a few buck for a full HD remix of a game I love than see it age horrible with a shitty emulator. Perfect Dark & Ico FTW.

A Guaranteed  Cure?  Slimming down fixes everything, right?  :o)

So in closing, remember, our new HD, super-duper consoles wont last forever and if you’re going to uses and abuse them, you might want to look at the extended warranty. And yes, EVERY console I owen or have owned this generation has been bought with insurance. Play Hard. :o)