At first glance it’s very easy to dismiss Gears of War 3. Since the 2006 release of the original nearly every shooter has incorporated a cover system. (Uncharted, FTW) So, five years after later is Gears of War still the definitive 3rd person shooter? As Marcus Phoenix would say.. ‘Hell Yeah!’

As derivative as it maybe to say, this game is brilliantly polished. It’s faster, more responsive, and silky smooth. Everything about this game feels remarkably comfortable. If you’ve never played a Gears you’ll feel right at home with 3.

Visually this might be the best looking game on any console, ever; it nearly looks as good as Final Fantasy: The Spirits Within CG movie. The scale, intensity and energy of the action gives the character drama a sense of urgency that’s very rare in games.

Action, Drama and hot women that can stomp that shit out of any Jackass. Awesome!

The narrative is what it is. If you’re a troll you’ll call it crap regardless of what effort’s made to define the world, and if you’re a bit more open minded you’ll see how story makes the action feel more pertinent. 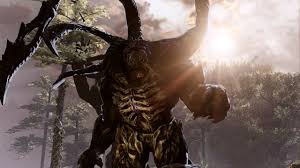 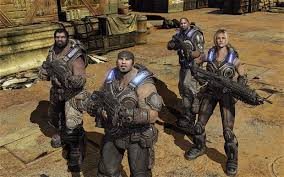 A trilogy of epic epicness.

As trilogies go, this is a fitting end to a series that’s influenced what big games are suppose to be. An event. Awesomeness throughout.