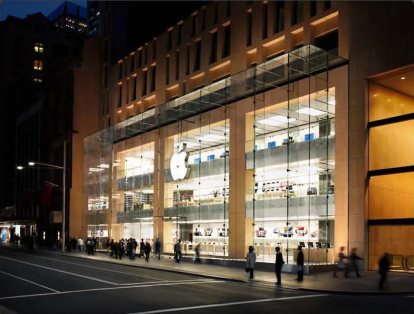 While the iPhone 5 (or 4S, or whatever the hell it’ll be called) will dominate Apple’s press event tomorrow, there’s plenty more to get excited about as well.

Whether it’s new Apple CEO Tim Cook’s debut leading his first major product event, or the announcement of more iOS 5 details for existing iPhone owners, tomorrow’s event certainly won’t be a bore even if you’re not amped for a new iPhone.

The future of the iPod: Will the iPod Classic be killed off?

There’s no question that the iPod Classic’s days are numbered — the hard-drive based MP3 player looks increasingly ancient as the iPhone and sleek iPod touch continue to evolve. Now, according to a rumor on the Unofficial Apple Weblog, Apple is thinking of killing off the Classic and the ultra-cheap Shuffle tomorrow.

The iPod Classic has held a storage and price advantage for some time, since it costs just $250 for 160 gigabytes of space, compared to the $399, 64GB iPod touch. But it’s also becoming increasingly clear that consumers prefer sleek and thin music players over chunkier hard-drive based devices. Flash memory is faster, draws less power and is more suited to being jostled around since it has no moving parts. While I’m sad to see it go, it makes sense for Apple to put down the iPod Classic before it starts to resemble an iPod Ancient.

Apple’s iOS 4 update last year didn’t play too well with older iPhone 3G and iPhone 3GS models, so I’m hoping Apple does a better job with iOS 5. I’m sure iPhone 4 and 3GS users would appreciate iOS 5’s better messaging alert system, for example. There’s also quite a bit of talk that iOS 5 will feature voice-powered virtual assistant capabilities, simply dubbed Assistant. Using technology from Siri, a company it acquired last year, Assistant has the potential to fundamentally shift the way we use our iPhones (and just wait until it hits Mac desktops).

Facebook iPad app: because it has been too freaking long

A Facebook app on the iPad seems like a no-brainer, so the fact that we’ve yet to see one is inexcusable. Worse yet is that we know the app exists — it was discovered in July hidden inside of the Facebook iPhone app — Facebook just refused to release it for some reason. It got to the point where the engineer who developed the app left Facebook for Google, figuring that Facebook would never release its iPad app.

Now, it appears that Facebook was holding back its iPad app to debut at tomorrow’s event. I’m just hoping that the wait was worth it.

New Apple CEO Tim Cook is a proven businessman, but we’ve yet to see him lead a major presentation for a new Apple product. It certainly doesn’t help that Steve Jobs is a master presenter, who somehow made even a small product seem like the most important thing in the world. VentureBeat’s Dean Takahashi has argued that Tim Cook has some big shoes to fill — tomorrow is the day we’ll find out if he’s truly up to the task.