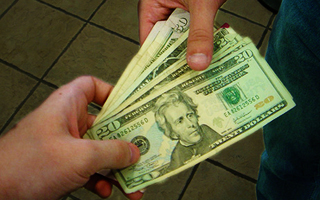 Think twice before buying that daily deals voucher; a little research might yield a much lower price than that “bargain” through an online service like Groupon.

According to a new report, Groupon’s supposedly discounted offers — especially for local services such as maid service, home repair or house painting — can be just as expensive as hiring a local laborer yourself.

Thumbtack is an online marketplace for local services, a sort of well-designed and narrowed-down version of Craigslist that lets normal folks get bids from and hire contractors. In a case study, Thumbtack found that the prices offered by Groupon in particular often don’t reflect a true discount.

In this case and in several others, which we’ll detail below, Groupon’s “discounts” are actually more expensive than hiring a contractor through normal channels.

So what’s the value proposition for consumers?

“Buying a deal in your inbox is easier than shopping around,” said Thumbtack co-founder Sander Daniels. “We think that people buy daily deals for local services because they’re not aware of other ways to easily find a good deal.”

Already, we know that daily deals are sometimes not so great for small or medium-sized local businesses. Yelp cut back its daily deals program due in large part to the fact that “daily deals are uneconomic for [many businesses in popular verticals], which does raise questions around the sustainability of “50% off” daily deals for these types of businesses,” according to CEO Jeremy Stoppelman. And a recent Rice University study showed that around a third of merchants said their forays into daily dealing had been unprofitable.

In fact, the only way a 50-percent-off deal voucher would be profitable for a business is if the business was able to acquire new customers.

But based on Thumbtack’s data, the only way buying a deal voucher would be profitable for a customer is if the customer was already a regular purchaser of the good or service in question or was planning to make the purchase anyhow.

In other words, it is highly likely that in many voucher purchase situations, no one wins.

Let’s take a closer look at some of Thumbtack’s data, which comes from the site’s database of 200,000 local businesses and hourly rates from 80,000 professionals in markets all around the country.

The Phoenix housecleaning deal (a $24.50-per-hour Groupon voucher for a service that might normally cost $23.50 per hour) is just one example Thumbtack found of daily un-deals.

Thumbtack also found a voucher for $79 for two hours of handyman services in Seattle. The discount was said to be 64 percent, with the regular price of service being around $220. However, of the 57 handymen advertising their services on Thumbtack, the same amount of work would have added up to about $84. The rates we found for the same service in the same area were even cheaper, inexpensive enough to make Groupon’s “deal” seem laughable.

Around 11 percent of daily deal offers are for local services — things like wedding planning, handyman services, photography or housecleaning that are generally performed by a local contractor. But with “deals” like these, who needs rip-offs?

“We think the daily deal fad won’t survive very long in our neck of the woods because consumers are finding that lots of deals for house cleaners, painters and the like aren’t really deals at all,” said Daniels.

Also, Daniels noted that when consumers are really in a buying frame of mind for local services, they’re more likely to use Craiglist, Google or Yelp to find a contractor than to wait for a Groupon email to show up in their inbox.