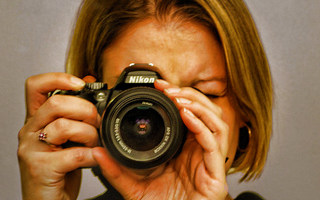 Social photography has been one of the most addictive — and most difficult to monetize — crazes of the smartphone era. When mobile phones are equipped with surprisingly adequate picture-taking hardware and apps for editing and sharing photographs abound, capitalizing on social photography seems like a ripe opportunity for many entrepreneurs.

Mooter and Hot Shot’s plan involves an application called ImageSocial. The app will be launched initially on web, mobile, iOS and Android platforms later this year.

ImageSocial will used data attached to photos, including tags and geo-data, as well as data about the photographers themselves, such as location and occupation, to make connections between users around the web. On the ImageSocial website, users will be able to vote on images and play photo-centric social games.

One of the things both companies are most excited about is ImageSocial’s role as the launch platform for what they hope will be the world’s largest online social event, something Jermyn describes as “a reality TV-style search for the defining moments of our generation, and offering the largest prize pool ever offered online in conjunction with iconic global brands and celebrities.”

This contest is scheduled to launch at the beginning of 2012.

The platform will “harness the power of social media to allow interactive competition on a massive, global scale,” said Jermyn, “but those who were once just viewers can now become direct participants to create, to compete and to win on their own accord. This will be user-generated content living large and on a scale that neither social gaming nor popular culture have yet seen.”

Mooter Media is a publicly traded company with headquarters in Sydney, Australia; the company also has offices in San Francisco and Singapore. In addition to its partnership with Hot Shot Media, Mooter works on several other social photography ventures, including location-focused photo sharing site Woophy.