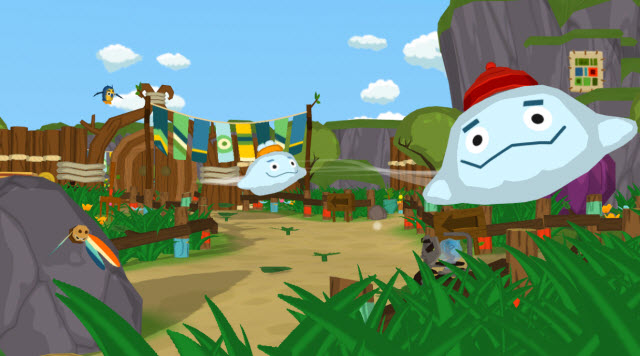 Sony is announcing today an “Only On PlayStation Network” campaign aimed at drawing attention to its slate of exclusive new online-distributed games for the PlayStation 3 and Sony’s portable game platforms.

Under the promotional campaign, the PlayStation Network‘s 77-million-plus users will be able to get exclusive new downloadable games every Tuesday in October. Sony will offer its PlayStation Plus subscribers a 20 percent discount during the launch week of each Only On PlayStation Network special game. The titles include Eufloria, Okabu (pictured at top), Infamous Festival of Blood, and PixelJunk Sidescroller.

“Only On PSN is a way for us to curate all of this exclusive content and deliver it under one umbrella for our gaming community,” said Susan Panico, senior director of the PlayStation Network, in an interview. 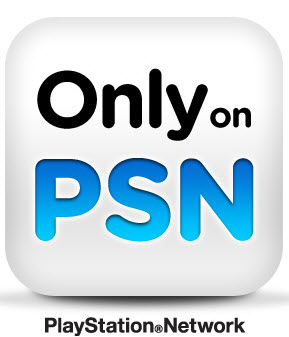 PSN users are eligible to get a $10 store credit in November if they spend $60 or more on their PSN games during the month of October. The $60 can be spent on games, movies, TV shows, videos, virtual goods on PlayStation Home, and music.

The new Only On PSN campaign is an extension of Sony’s larger brand campaign, which started in February as “Only on PlayStation.” The February campaign replaced “It Only Does Everything,” which focused on the PlayStation 3 hardware. The Only On PlayStation campaign focused on software such as major 2011 PS 3 exclusives such as Killzone 3, Infamous 2, and Uncharted 3.

Likewise, the Only On PlayStation Network is aimed at highlighting the exclusive downloadable games on the PSN. The network could certainly use a shot in the arm. PSN suffered an unprecedented six-week outage in the spring in the aftermath of a hacker attack. Angry gamers couldn’t log into the network to play their games, and Sony apologized and invited everyone back with special offers.

Panico said the network is stronger than ever now and has fully recovered from the loss of audience during that time. So the new campaign is really meant to highlight Sony’s fall line-up, rather than lure gamers back to the service.

On Oct. 4, Sony will offer Eufloria, a space exploration and conquest game created by Omni Systems. Also that day, Sony will launch Rochard, a gravity-defying puzzle-oriented action adventure game from Recoil Games and published by Sony Online Entertainment. On Oct. 11, Sony is launching Sideway: New York, a 2D adventure game set in a 3D world. That title was developed by Playbrains.

Sony Computer Entertainment America has been based in Foster City, Calif., for a long time. The company is planning to relocate to nearby San Mateo, Calif., over the next 16 months.