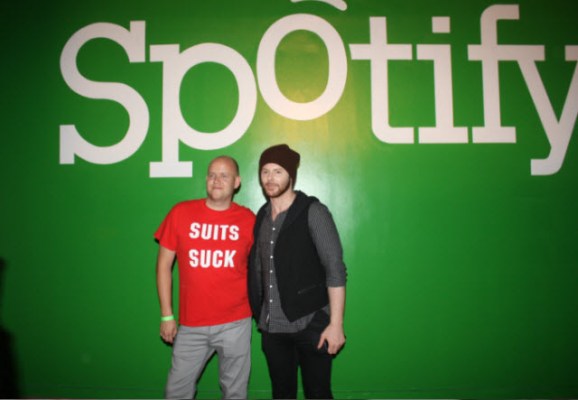 Spotify, which allows people to share playlists with friends, recently partnered with Facebook to offer integration with Facebook’s new Open Graph platform. To jump-start the integration, Spotify decided to force all new users to have a Facebook account if they wanted to join the music service.

While the decision to force users to have a Facebook account was an unpopular one, we now know why Spotify was willing to do it. The service, which has over two million paying subscribers, has added about two million new users (paying and free) in less than a month because of its partnership with Facebook.

If Spotify’s growth continues, it will be the second huge success that could arguably be attributed to a partnership with Facebook — the first being social gaming startup Zynga.