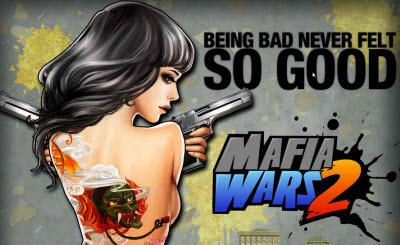 Zynga unveiled details of its Mafia Wars 2 game today, a deeper and more graphically appealing version of its early social game Mafia Wars, which was released in the ancient days of Facebook in April 2008.

The original Mafia Wars was a simple text-based game. With the new game, you get to fight players in real-time in cartoon-like gun battles and level up in a more complex role-playing game.

“We wanted to bring this game into a more graphically appealing style,” said Erik Bethke, general manager of Mafia Wars 2, in an interview. “It has a story-based narrative and a player-vs.-player element as well.”

The challenge in a game like this is that Zynga has to make it more attractive to loyal followers and hardcore gamers, but it still has to preserve an element of simplicity to make it appealing to a large mass market of players on Facebook. The title is an important one for Zynga because the company is trying to generate as big an audience as it can now as it prepares to go public in an initial public offering. Zynga’s audience has been slipping, with its biggest game CityVille well below its peak, in part because of a resurgence of competition from rivals such as Electronic Arts’ The Sims Social. 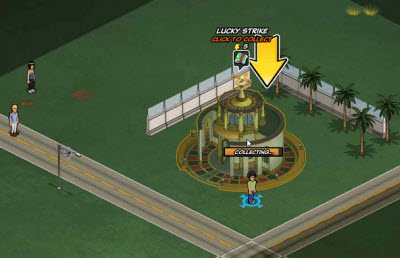 Zynga needs to demonstrate continuous growth if it wants to go public. The company has 264 million monthly active players on Facebook now, according to AppData. That is well below its peak, and EA is now at 101 million monthly active players. To deal with the competition, Zynga is stepping up the pace of its product introductions, launching in recent months titles such as Empires & Allies, Adventure World, Words With Friends, and new versions of FrontierVille (Pioneer Trail) and FarmVille. The Mafia Wars 2 game will be available on Facebook in the next few weeks. While EA is Zynga’s biggest rival, this title competes with titles such as Crime City.

The original Mafia Wars hit its peak on Facebook at around 45 million monthly active users in the summer of 2010. Now it has just 4.4 million monthly active users. Zynga has extended the game play by adding new cities such as Las Vegas, Moscow and Atlantic City for users to travel to as they continue to play the game. The game revolves around getting cash for doing jobs and collecting items and experience.

In the new game, you have to build up your economic base by creating casinos. You have to build a network of friends, or your crew. You can use your resources to fight other players, and you can recruit friends to help you in that fight. Zynga continues to expand its original Mafia Wars game and recently launched its Chicago city. Zynga helped monetize the game through a series of branded deals that promoted virtual items based on movies such as Scarface and The Green Hornet. 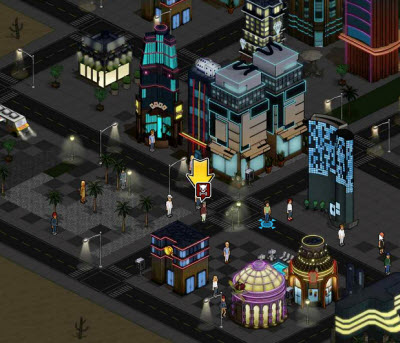 The new game has a lot more story to it. The story starts in Las Vegas, where you have recently been released from a five-year prison sentence. During that time, you didn’t rat out your mob friends, so your reward is that you get to start your own crime empire and build your own turf. Your girlfriend, Zoe, stood by you while you were in jail.

You can create casinos, collect cash, hire workers and get them to do your dirty work. You can decorate your home turf (pictured left) with more than 100 personalized decorations. You can create banks and “grow houses,” which is a polite euphemism for marijuana greenhouses. You can sell your “grow” as well, which adds some realism to the crime activity and yet keeps the game on the light side for the mainstream Zynga consumers who aren’t into blood, gore or drug violence. 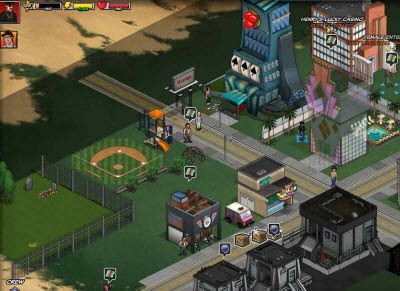 “We try not to cross the line in terms of being too over the top,” Bethke said. “We leave a little to the imagination.”

As you play the game story, you can travel across seven gritty worlds such as Casino Row, Granite Square, Downtown, or the Neon Strip. You take on other crime bosses and interact with seedy characters such as the corrupt FBI agent Arthur Roteman. To further tell the story, Zynga has released its first-ever digital comic, revealing more of the back story to your stint in prison and the characters in the game. In the single player game, you have to click on enemy bosses in order to shoot them.

Mafia Wars 2 also goes a step up with player vs. player combat. You can travel to fight arenas such as Boneyard, Badlands, and Area 51. There, you shoot computer-controlled enemies in real time. Friends can defend your turf when it is under attack and repair it after you receive damage. You can fight other players asynchronously, breaking into their homes and robbing them. Players can rob you back to get their money back. Your rivals can set your casino on fire and you have to put the fires out. 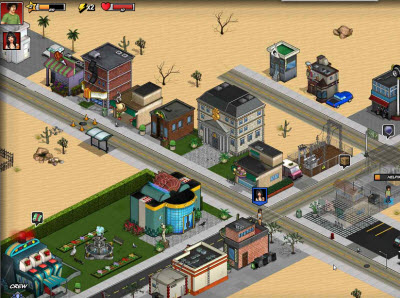 Zynga describes the art sytle of Mafia Wars 2 as a blend of realism and a modern graphic novel style, with a lot of dark humor. There are 100 unique character animations in the game, 300 types of weapons and vehicles, and 600 pieces of clothing. You can generate more than 20 million unique looks for your avatar, and you can level up with new weapons, armor, vehicles and fighting abilities. Players can specialize in certain crafts. If you run out of energy to do things, you can pay real money for virtual currency to get more energy.

Bethke said that early beta testers are playing the game for two hours a day. That is a higher level of engagement than on most Zynga games, where play sessions often last five minutes.

Zynga is planning to launch Mafia Wars 2 in 16 languages, including English, French, Italian, German, Spanish, Portuguese, Indonesian, Turkish, traditional Chinese, Korean, Norwegian, Swedish, Danish, Japanese and Thai. That is the most languages Zynga has ever had for a game launch.

“The crime genre is very exciting,” Bethke said. “We saw great success with Mafia Wars and we’re confident we can keep it up.”