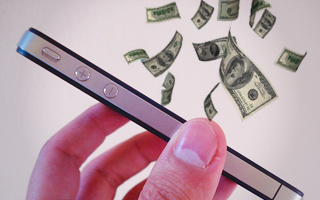 For the first time ever, the total spent on mobile advertising in the U.S. will top $1 billion in 2011.

According to projections from ad intelligence firm eMarketer, brands will spend around $1.23 billion on mobile advertising, up from $743 million just last year. That’s a 66 percent increase year over year.

Right now, text messaging makes up the bulk of mobile ad spending, composing around 36 percent of all mobile spending. Banners and rich media also make up a large chunk of the total at 30 percent, and mobile search advertising isn’t far behind at 28.5 percent.

Mobile video advertising is the ugly stepchild of the group, making up just 4.7 percent of mobile ad spend in 2011. However, eMarketer projects that number will increase to 9 percent by 2014. 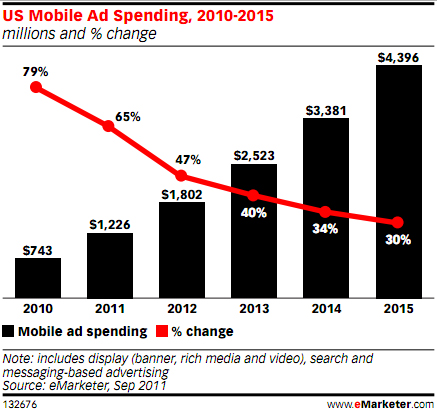 By contrast, online ad spending is expected to reach $31 billion this year. Buzz-heavy social media properties such as Twitter and Facebook have been singled out for ad spend analysis, weighing in at $140 million and $4 billion, respectively.

eMarketer’s forecast comes from data gathered from research firms, major mobile ad networks and vendors. The company also considers smartphone and tablet usage trends as well as the input of mobile and advertising industry leaders in its analysis.