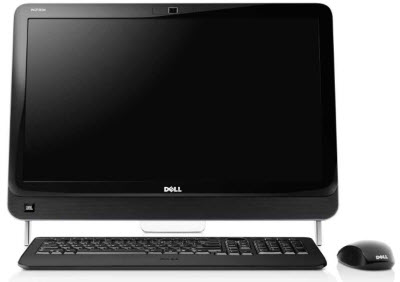 Dell is joining the all-in-one PC parade today with the launch of its Inspiron One 2320 desktop computer. The invasion of touchscreen computers continues, as PC makers try to learn a thing or two from smartphones and tablets.

The computer has a strait-laced, no frills design that would work well for businesses and in homes. But it has enough cool details to grab the attention of consumers who want a little sizzle. This is the kind of design that computer makers have to come up with if they want to keep up with design leaders such as Apple. 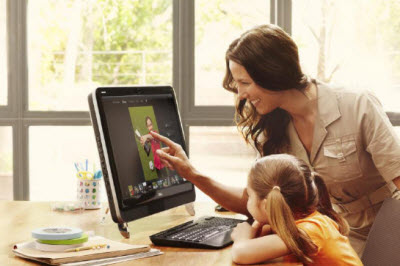 Dell’s big push for clever design comes in the form of Stage, an easy-to-use touchscreen interface that makes it easier to access photos, music, videos, web sites, documents and apps.

In this market, the contender to beat is Hewlett-Packard, which recently launched a bevy of all-in-one computers. Dell’s model does a respectable job at that. It balances on a kind of tripod that supports a 23-inch high-definition 1080p display. It has an HD webcam, Intel processors (from Pentium dual core to Intel Core i7). It is powered by relatively weak integrated graphics, but you can upgrade to an Nvidia GeForce GT 525M if you want to play games.

It is fairly thin, at 2.67 inches. The wireless keyboard fits under the display so it takes up less space. The machine has plenty of ports and an 8:1 card reader. The machine will sell starting today for $949.99 with an Intel Core i5 processor and multitouch display.