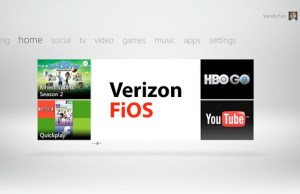 As VentureBeat previously confirmed, Microsoft has reached a deal with Verizon that will bring live TV content to the Xbox 360, the companies announced Wednesday.

Microsoft has long since aspired to turn its Xbox 360 gaming console into a complete media center experience, which it has arguably been unable to achieve without a better selection of television content.

The new partnership gives Xbox Live Gold subscribers access to live TV channels offered by Verizon’s FiOS service — essentially allowing Verizon FiOS customers to use their console as a set-top cable box. Not all Verizon FiOS channels will be available via Xbox Live, and it’s unknown if FiOS customers will be charged additional fees for the Xbox integration. (By comparison, competitors like AT&T’s Uverse requires its customers to purchase a $99 Xbox installation kit.)

Microsoft also announced partnerships with a number of other  TV service providers and content producers. Xbox Live gold subscribers will also have access to Comcast’s Xfinity On Demand streaming video service and HBO Go. And while neither of those partners are offering live TV, the same might not be true for individual channels like Bravo and Syfy.

Microsoft’s strategy to transform the Xbox 360 into a direct competitor with popular set-top boxes (like Roku, Boxee, Apple TV and various Google TV enabled devices) is very smart. Not only does the console itself compare in price to other options ($149- $199 for an Xbox verses $60-$199 for others), but it also brings the company’s other services into clear view in a way that wasn’t possible before.

The new TV content integration is expected to launch in December 2011 along with a new Xbox Live unified dashboard for improved navigation. 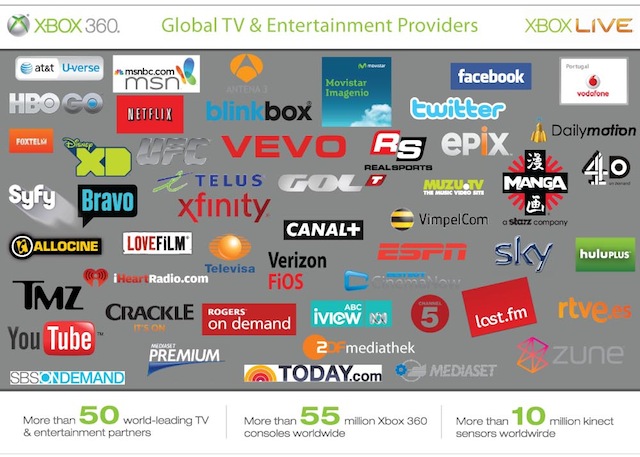