Former Apple CEO Steve Jobs passed away Wednesday at the age of 56, but during his time at Apple’s helm, he brought world an incredible array of visionary products that he helped design and create.

Jobs liked to call some of his products “magical.” While that might be a bit of an exaggeration, there’s no doubt he and the people he oversaw at Apple changed the way people interact with computers. One of Jobs’ biggest notions was the idea of building a device focused on the needs of a user and not just building technology for the sake of it. He oversaw the creation of the world’s single most popular portable music player and smartphone.

Here are 10 important products Steve Jobs brought to the world while at Apple: 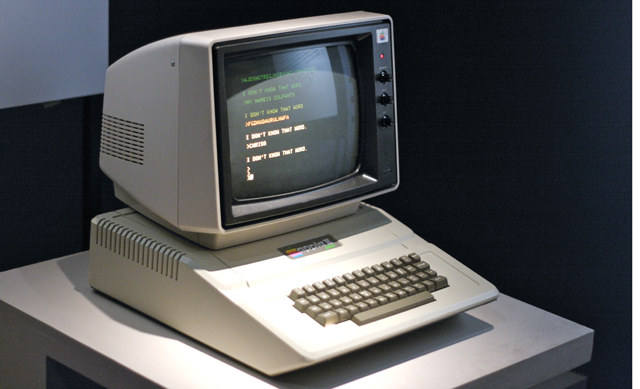 Launched in June 1977, the Apple II was the first successful mass-market PC. Jobs and Apple cofounder Steve Wozniak designed the Apple II, and it changed computing around the world. The first Apple II had specs you would laugh at now, but they were quite good for the time: a 1-MHz processor, 4KB of RAM and an audio cassette interface for programs and data storage. The machine had an external 5.25-inch floppy disk drive as well. The Apple II and its successors would later pave the way for business and consumer PCs. 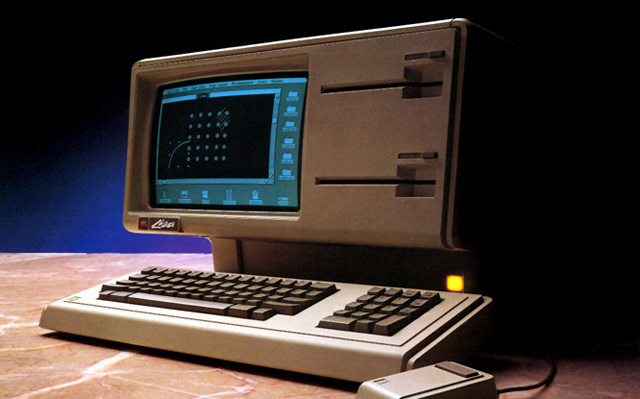 While Apple’s 1983 Lisa computer was a failure of sorts because of its $10,000 price tag, it did introduce many computing features that continue to drive computing innovation. The Lisa was one of the first computers to offer multitasking, a document-based graphical user interface, an optional hard drive and bundled office software. The Lisa is arguably the least important item on this list, and if that’s the case, you can see just how notable Jobs’ contribution to technology products are to today’s society. 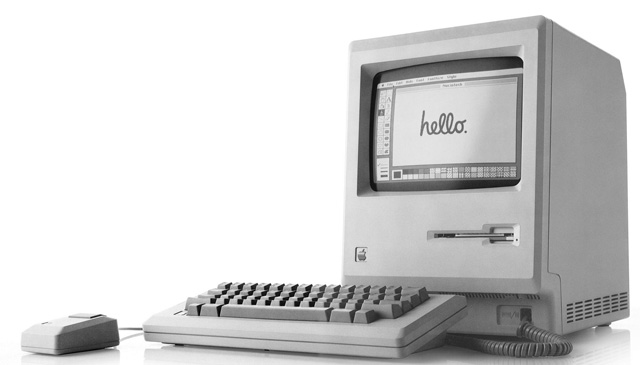 The original Macintosh computer was advertised during the Super Bowl in 1984 and famously decried the status quo of personal computing with imagery related to George Orwell’s 1984. The Macintosh redefined PCs and was the first commercially successful personal computer to feature a graphical user interface and a mouse. The Macintosh line faltered in the early 90s but began to regain steam again with the iMac.

A year after Jobs returned to the helm at Apple in 1997, the company launched the distinctive (and divisive) first-generation iMac. The design was a radical departure from the Macs of old and helped Apple regain its footing with high-minded consumers. Designer Jonathan Ive, with oversight from Jobs, led the design team in the creation of the iMac, and he later helped design most of the products you see below. 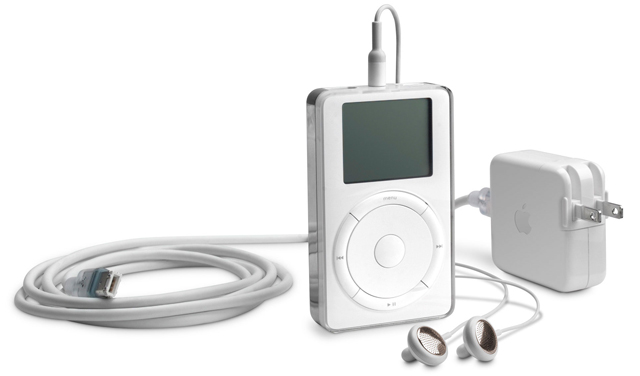 The iPod MP3 player looked a little wacky when it first hit the scene in 2001. Outside of the Walkman, there really wasn’t a single portable music device that changed music so drastically. The first iPod retailed for $400 with 5GB of storage, but now there’s a host of iPod devices ranging from the tiny iPod shuffle to the feature-filled iPod touch, each with its own purpose. The iPod line has had the best-selling music players in the world for several years, and you can count on it staying that way for some time. 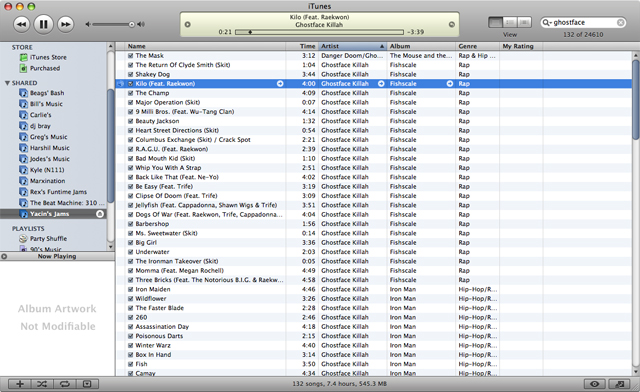 It wasn’t enough that Jobs revolutionized the MP3 player; he also needed to give people the software to manage the content. iTunes started as an interface for playing your music files, but now it is one of the largest music stores on the planet. iTunes accounts for more than a fourth of music sales happening today, and the trend will likely continue in its favor as the iPod continues its reign as the most popular music player. Apple also recently introduced iCloud, which will interact with iTunes and Apple products so users can store music in the cloud rather than solely on their devices. 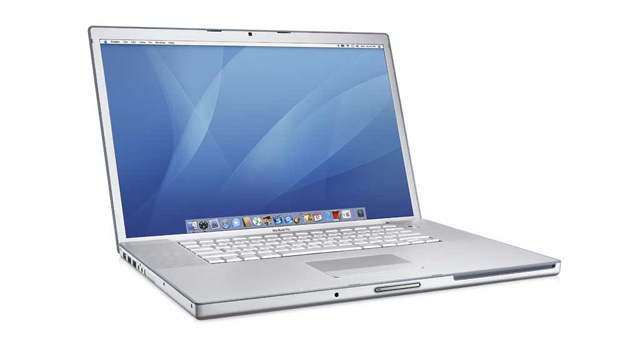 The MacBook Pro’s launch in January 2006 showed that Apple was once again getting serious about innovating in the laptop space with high-end parts and aluminum bodies. The Pro’s design largely took cues from PowerBook G4 but included Intel Core Duo processors rather than PowerPC chips, a move that opened up a lot more potential for Apple’s machine and showed the “Wintel” alliance wasn’t going to last. The MacBook Pro paved the way for the MacBook Air a few years later, and the Pro still retails today as one of the classiest laptops around.

While some observers may have been disappointed by Tuesday’s launch of the iPhone 4S instead of a much-anticipated iPhone 5, there is no doubt that the first iPhone changed the smartphone landscape as we know it when it landed in June 2007. Steve Jobs’ dedication to a strong user interface showed with his focus on a simple mobile operating system paired with a 3.5-inch touch screen. The iPhone now has more than 500,000 apps available for it, and the phone is the best-selling smartphone in the world. 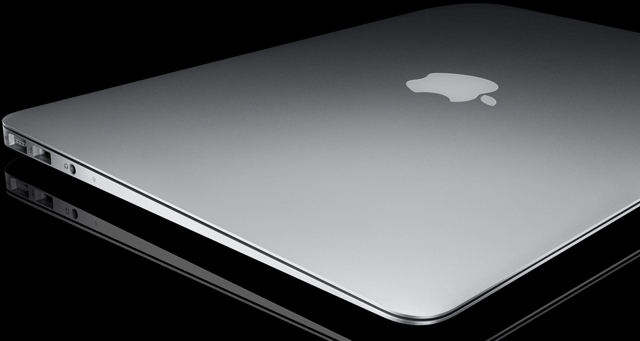 The first MacBook Air didn’t seem as important as it is now, but that just shows how Jobs was thinking ahead yet again. When Apple launched the MacBook Air in January 2008, it seemed like a stripped-down laptop that ditched the CD-ROM a little too soon. But now that we’re in the age of cloud computing and streaming media, the need for physical media is essentially gone. The MacBook Air and Intel’s “Ultrabook” followers will continue to change how we look at laptops and personal computing. 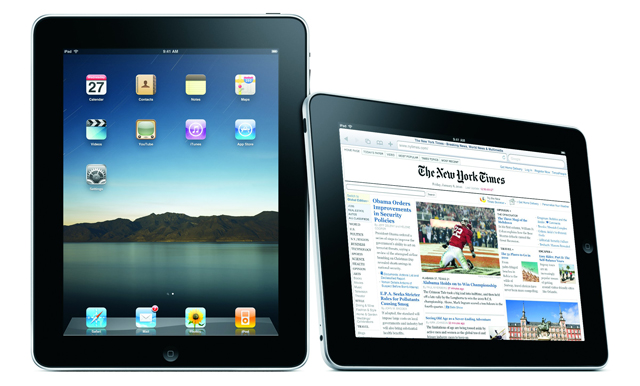 The January 2010 launch of the iPad tablet showed that Jobs yet again was ahead of the curve by bringing back tablet computing. Tablets were first shown off by Microsoft in 2001, but tablet PCs didn’t take off with consumers until Jobs paired a tablet with the simple iOS mobile operating system and a variety of compelling apps. The iPad is by far the best-selling tablet in the world and many analysts believe it will stay that way, even with competitors like Amazon Kindle Fire and Samsung Galaxy Tab 10.1 and 8.9.

What Steve Jobs product has had the biggest impact on you?