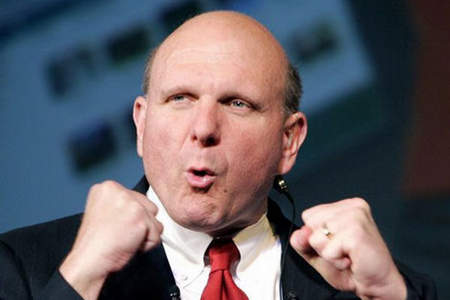 The latest big name interested in buying Yahoo may be Microsoft, according to a Reuters report from last night.

Sources tell Reuters that one camp in Microsoft is excited about the deal because it would give them a strong web portal and destroy AOL as a competitor. But another Microsoft group (lets call them the “realists”) say that the company shouldn’t be spending billions on a property without much growth potential.

No matter how much I think about it, I can’t imagine why Microsoft would spend billions (Yahoo has a market value of around $20 billion) on a sinking ship. Another report, from All Things Digital, says that the Reuters rumor is way off. ATD’s sources say that Microsoft has been clear it isn’t interested in buying Yahoo.

Microsoft already has a 10-year deal in place to have its Bing search engine power Yahoo’s search and to display Microsoft’s self-serve ads alongside Yahoo’s search. As part of the deal, Yahoo gets an 88 percent cut from advertising revenue — but that’s still a decent chunk of change for Microsoft, which also gets added exposure for Bing and its ads.

Microsoft famously tried, and failed, to buy Yahoo in 2008 for $44.6 billion. After that experience, I can’t imagine that Microsoft wants to go through yet another nightmare acquisition process.

Reuters notes that Microsoft may also seek out a partner for a potential Yahoo buy, but All Things Digital’s Kara Swisher squashes that idea too, saying that Microsoft has been telling Yahoo bidders it won’t be teaming up with them. Although Microsoft might consider a token investment, if it means completing the deal, Swisher says.

“Certainly, Microsoft has been and is willing to talk to anyone interested, said sources, given their Yahoo business relationship,” Swisher writes. “But this does not make it a bid of any shape or size. They are not even “considering” it, unless that means watching from a distance.”

Alibaba’s CEO recently expressed interest in buying Yahoo, but he quickly backed down when faced with the reality of a Chinese company buying a major US business, which involves deep regulatory investigations.