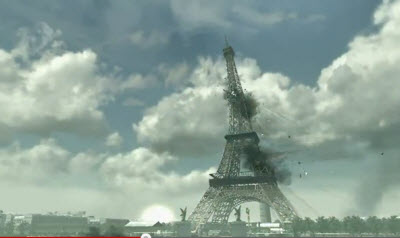 Activision Blizzard released a trailer for the single-player version of the Call of Duty Modern Warfare 3 game today. The preview shows the title is going to be as movie-like as ever, with shocking imagery such as the destruction of the Eiffel Tower in Paris.

The game debuts on Nov. 8, but by releasing the trailers early, Activision Blizzard can stir buzz and presumably keep gamers from spending all of their money on the rival game, Battlefield 3, from Electronic Arts. These two games will be slugging it out for billions of dollars in retail spending during the fall holiday season. Both are on our list of the best games of the fall. 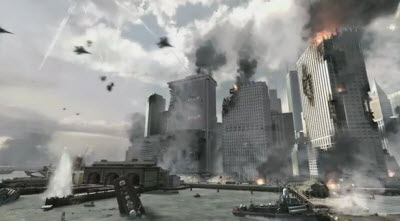 The video trailer, dubbed Redemption, reveals a lot of interesting details about the game’s single-player campaign. The villain of the game, Makarov, seems to be plotting the destruction of cities on a huge scale. 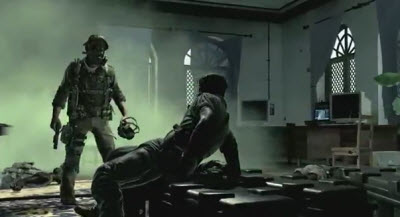 The characters from previous games — Price, Soap, and Nikolai — appear in the game and seem to be in a big rush to stop the conflagration before it consumes everybody. You can see scenes that indicate massive battles, as well as a gun battle aboard a plane in mid-air that has lost its hull integrity and everyone is being sucked out. That’s a ridiculous scene, but very much typical of a Call of Duty game. 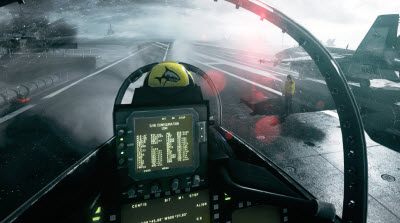 “You think I am mad, but soon you shall see that every move, every strike, was meant to bring us to this,” the voice over (from the Makarov character) says in the trailer.

It’s downright chilling. Clearly, the video shows mastery of the fine art of making a trailer. And the game series is as riveting as ever in terms of its ability to create game combat scenes that are every bit as dramatic as a Hollywood action movie. But we’ll see how well this goes over. You’ll likely see this trailer playing all over the place as part of the estimated $100 million marketing campaign associated with the game.

Now you can expect a big battle of the trailers to begin. Earlier this week, EA said it would create an exclusive reality show with GTTV focused on simulating battle scenes from Battlefield 3 in real life. In the show, Battlefield 3 Operation Gridion, pro football players Drew Brees, Clay Matthews, Larry Fitzgerald and Jared Allen will participate in simulated combat scenes that highlight scenes from the game. EA also released some new single-player campaign screen shots today, such as the one on the left.