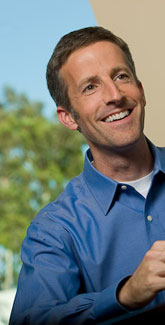 CrowdStar‘s $10 million StarFund investment fund has made investments in six new mobile game startups for about $250,000 each.

The first fruits from that investment program will appear as mobile games in the near future, Jim Mills, a former VantagePoint Capital Partners managing director who is now running the StarFund, told VentureBeat. Social game developers have been busy starting multillion-dollar funds so that they can grab turf in the fast-growing mobile social game market, which some believe could be bigger than social games on Facebook.

CrowdStar and incubator YouWeb — both headed by social games leader Peter Relan — started the StarFund in July as a way to break into mobile games. The attraction proved so alluring that Mills left VantagePoint after a decade as a venture capitalist.

“We’ve had great inbound interest since we announced the fund,” Mills said. “We are focusing on games that have mass-market appeal and multi-platform game play.”

Of the company’s six matching grants to date, some are equity investments and others are traditional publisher game financings. The inbound interest is from all over the world.

Mills said the company is looking for titles that could reach a billion users, as Relan articulated a couple of weeks ago at the HTML5 Dev Conference. Those include HTML5 games that are similar to the kind of titles that CrowdStar already publishes, like Top Girl. That means the investments aren’t likely to focus on titles that appeal to hardcore gamers and have high-end graphics.

“We look at the likelihood of cross-promoting a developer’s game within our network, which is more heavily focused on females,” Mills said.

But he noted that the company is likely to add male-focused games as well. The company is going to the GDC Online show next week in Austin, Texas, to find more developers. Mills said CrowdStar is also considering acquisitions. As a partner, Mills said that CrowdStar offers design expertise and analytics that can help make a game more successful. CrowdStar can also finance marketing campaigns that help get a mobile social game noticed, and it can assist with monetization.

The first couple of games coming from StarFund-related deals will debut in October on both iOS (Apple’s iPhone, iPod and iPad devices) and the Android mobile operating system.