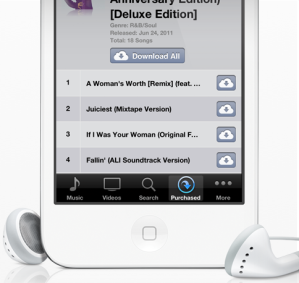 Prior to the launch of its new iOS 5 mobile operating system tomorrow, Apple has released a huge update for its iTunes Mac software.

The iTunes 10.5 update adds support for Apple’s upcoming push into cloud services. While it’s not a true cloud-computing experience, iTunes will now automatically download all purchases made through iTunes and the iOS App Store, regardless of which device the purchases were made on. The update also adds Wi-Fi syncing for all iOS devices.

The only thing this version of iTunes doesn’t have is support for iTunes Match — the $25 a year service that gives legal access to any songs currently in your iTunes music library. The service is scheduled to roll out later this month.

The influx of people updating tomorrow will likely bring Apple’s servers to a crawl. For anyone who doesn’t want to wait an extra half hour to update their device, it’s probably a good idea to download the new iTunes now.