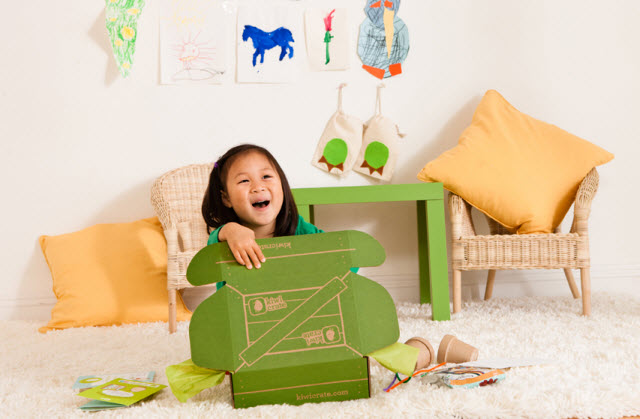 Kiwi Crate is announcing today it has raised $2 million in funding for a subscription service that delivers hands-on crafts and activities for pre-school and kindergarten age children. 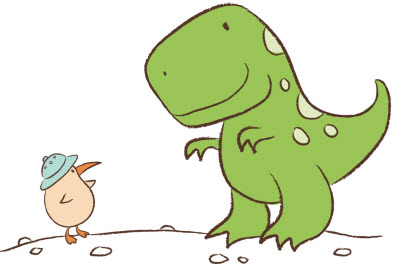 The service is aimed at parents who don’t have the time or inclination to conceive of a craft, go to the store to get the materials, and prepare instructions for the child on how to put a project together. The products are curated by a panel of experts with experience in education. The service, for kids ages three to six, squarely targets the demographic of busy parents who want their children to do hands-on activities rather than watch TV or play video games all day long.

The startup is the brainchild of Sandra Oh Lin and other entrepreneurs and financiers from the PayPal mafia, as well as talent from YouTube and BabyCenter.

“The idea came from the fact that I am a mom with kids who are 2.5 and 4.5,” Oh Lin said in an interview. “I always had a deep appreciation for hands-on projects but came up short on ideas and getting materials.”

She started sharing projects with others and held play dates and “projects parties.” Parents gave her good feedback and she decided to run with it. Oh Lin was former general manager of eBay Fashion and, prior to that, launched PayPal Mobile and led product marketing for PayPal’s merchant services business. Her co-founders include Yu Pan, a PayPal co-founder and early employee at YouTube, and Yael Pasternak Valek, an ex-Yahoo product manager who was on the founding team at Maya’s Mom, which was acquired by BabyCenter. Kiwi Crate started earlier this year. The name came from a trip Oh Lin’s family took to New Zealand, the land of Kiwi fruit.

“The team is awesome,” said Dave McClure of 500 Startups. “I’ve worked with them previously at PayPal and they are fantastic. Also, the category has huge potential and is under-invested. I also have kids, four and six, and my partner Christine (Tsai) just had a baby. We are the target market.” 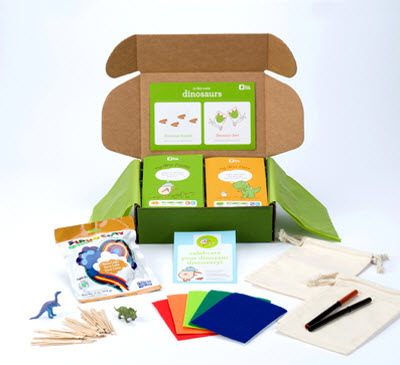 The U.S. crafts industry generates sales of about $29.2 billion a year, according to the Craft & Hobby association. About 20 percent to 25 percent is estimated to be materials and projects for kids.

“As an investor, I was attracted to the fact that Kiwi Crate is solving a real pain point for millions of busy but well-intentioned parents,” said Josh Kopelman, managing director of First Round Capital, who joined Kiwi Crate’s board. “As a father myself, I immediately ‘got it’ when I first saw the concept. On top of that, we love the subscription-based business model and the possibilities for bridging the online/offline gap.”

The crates will arrive on the doorstep each month with a surprise project. In the spring, the kits might include a gardening project, or something related to a major holiday such as Thanksgiving. Some will be more artistic. Some will be scientific. All will help kids learn fine motor skills.

“While they have fun doing these things, they will learn too,” Oh Lin said.

While the projects will be hands-on physical activities, Oh Lin said she isn’t against digital play. She said the whole idea is to inspire creativity for kids growing up in a digital age, where there is still a need for motor skills and real-world learning. You can learn to paint on an iPad, but it still isn’t quite the same as learning with a brush, Oh Lin said. She finds it sad that there is decreased emphasis on arts in schools due to budget cuts.

The subscription runs $19.95 a month or $220 a year. That means that the materials won’t be too expensive, since Kiwi Crate has to make money on that amount, which includes shipping costs. Competitors include retailers like Michaels art stores, which sell ready-to-go art projects for children. There are also web sites with project videos for young kids, such as Cullen’s ABC’s.

“The value is in providing the convenience. It’s a big pain to go out to the store with kids in tow. You may have a great idea, but you usually have to buy more than you need,” Oh Lin said. “We have a rigorous process and want to make sure it is universally appropriate for both boys and girls,” she said.

Kiwi Crate will also create a web site with a bunch of ideas and forums for parents, who will be able to upload images of completed projects. The company has five employees. Oh Lin said she likes to think of the company as a “mission driven” startup, where doing good goes together with making money.

“We have a sense of doing something fun,” she said. “This is part of a movement toward hands-on creativity,” like the Maker Faire, where the company tested its idea and won accolades.