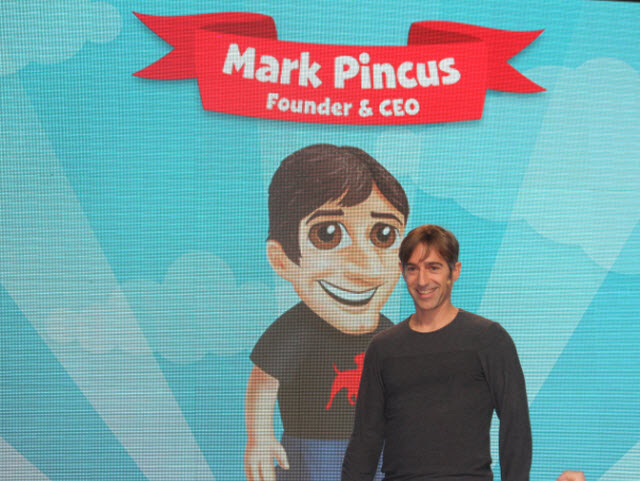 As part of a big game platform Zynga is announcing today, the company is launching three new titles that will run across platforms and can be embedded in Facebook’s new mobile iPad app. The three new games use the HTML5 web platform format so they are compatible with any mobile device and the web.

Yesterday, Facebook launched its long-awaited mobile app for the iPad. That app will allow third parties like Zynga to run their games in the HTML5 format. Zynga is preparing to launch 10 new games as well as its own Zynga Direct game portal, Mark Pincus, chief executive of Zynga, said at a press conference this morning at the company’s headquarters in San Francisco.

Cadir Lee, chief technology officer at Zynga, said that HTML5, CSS, and Javascript development technologies constitute Zynga’s “open web stack” that will allow it to create cross-platform games. Historically, HTML5  games have been fairly slow because they don’t take advantage of native hardware in each different device they are running on. But it is possible to do slow-action games with HTML5 and the format is improving over time.

Lee said that Zynga will have multiple game engines behind its games, including Adobe Flash, which is the foundation of all of its Facebook games. He said that Zynga will continue to work on more graphically appealing games that exploit Adobe’s upcoming Flash 11 format. That means Zynga is following two parallel development paths, with some focus on HTML5 and some on Flash.

The HTML5 games include Zynga Poker, FarmVille Express, and Words With Friends. Two other mobile games, Dream Zoo and Mafia Shakedown, have been created in native mobile formats.