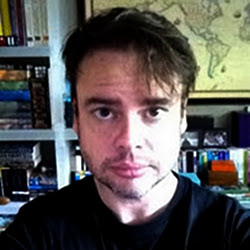 Steve Yegge, the Google engineer in question, took to Google+ with the intention of writing to his fellow employees about the state of affairs in the tech industry and at Google as he saw it. His note said harsh things about Amazon CEO Jeff Bezos and Google from the standpoint of development and establishing a platform. At one point he said Bezos “makes ordinary control freaks look like stoned hippies.” Later, he called Google’s relatively new Google+ social network a “pathetic afterthought.”

One of the most inflammatory paragraphs of Yegge’s screed reads:

Google+ is a prime example of our complete failure to understand platforms from the very highest levels of executive leadership (hi Larry, Sergey, Eric, Vic, howdy howdy) down to the very lowest leaf workers (hey yo). We all don’t get it. The Golden Rule of platforms is that you Eat Your Own Dogfood. The Google+ platform is a pathetic afterthought. We had no API at all at launch, and last I checked, we had one measly API call. One of the team members marched in and told me about it when they launched, and I asked: “So is it the Stalker API?” She got all glum and said “Yeah.” I mean, I was joking, but no… the only API call we offer is to get someone’s stream. So I guess the joke was on me.

Yegge has since pulled the original Google+ post down, but the full text of it is saved here. In a follow-up Google+ post, Yegge apologized for posting the rant to everyone, saying he was not “experienced” with Google+, adding, “by the time I figured out how to actually post something I had somehow switched accounts.”

He also emphasized Google did not force him to take down the post and that he did it on his own accord. “They went out of their way to help me understand that we’re an opinionated company, and not one of the kinds of companies that censors their employees,” Yegge wrote.

This type of public outburst is not something we’re used to seeing from employees at major tech companies. These organizations, especially behemoths like Apple and Google, carefully control their messages and make sure we only hear what they want us to hear. But it’s somewhat funny a Google employee used a Google product to unleash his true thoughts on key industry players. Frankly, I wish we saw more honesty like this.