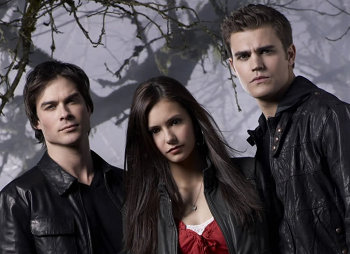 Following last week’s big agreement to stream AMC’s acclaimed TV shows, Netflix has secured another TV deal, this one with CBS and Warner Bros. to stream previous seasons of CW shows such as The Vampire Diaries and Gossip Girl in the U.S.

Netflix is in a precarious position at the moment, as it just canceled its controversial plans to form a separate DVD-by-mail company called Qwikster, keeping Netflix.com for just streaming. Customers balked at needing two websites to do what they already could with one, so the company reversed its decision and will continue on as is. Netflix likely hopes these deals with the CW and AMC will help customers remember why they should continue to use the service.

The CW agreement will allow Netflix to stream non-current seasons of CW shows through the 2014-15 season. The Vampire Diaries, One Tree Hill and Gossip Girl will be available starting Oct. 15. In January, Supernatural and the 90210 reboot will begin streaming. New shows like The Secret Circle, Ringer and Hart of Dixie will be available on Netflix in fall, 2012.

While the addition of teen-focused shows may not be a huge draw to the average Netflix user, it’s an important get for the service. One of the biggest challenges to Netflix’s business model is continuing to convince major content providers to stream shows online. Premium cable channel Starz chose not to renew its agreement with Netflix back in early September, which was a major blow because the Starz Play channel provided thousands of streaming movies and some Starz-produced TV shows.

The only problem for Netflix is that the deal doesn’t allow it to stream shows that have aired the current season. Streaming video competitor Hulu Plus has many TV shows available the day after they air, making it more valuable than only having access to past seasons.

What do you think about Netflix’s agreement to stream CW shows? Will you watch?