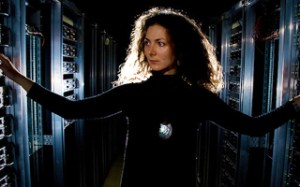 All technologists work in the same environment, but we experience the workplace in very different ways.

We like to think of the tech sector as a colorblind, gender-blind meritocracy; unfortunately, this simply isn’t an accurate picture.

Women in tech often have different experiences and encounter different challenges than do their male counterparts. The same goes for people in underrepresented ethnic groups.

Last week, VentureBeat published Why more women aren’t working in tech (hint: it’s not just education), which discussed the Level Playing Field Institute’s recently released report, The Tilted Playing Field, a study on how biases we may not even know exist, are present and affect workplace environments.

“The report states that biases inherent in the average tech workplace make it a less-than-inviting environment for women and minorities, who deal with negative workplace experiences, such as exclusionary cliques and bullying at much higher rates than do their male and white counterparts.”

Since the study documents and analyzes the observations and experiences of individuals currently working within the IT industry, we believed that the findings and coverage would encourage honest and critical conversations about the experiences of women, Blacks, Latinos and other underrepresented groups in the IT sector.

We hoped that these findings would lead individuals to engage in rich discussions about what equity, fairness, and meritocracy truly mean in work environments. For example, what constitutes the ‘best qualified’ candidate for an engineering position? Is it a top graduate of a top engineering school? Is it a self-taught college dropout? Is it someone who has made major contributions in large companies or the entrepreneur of a failed start-up? These are charged and fascinating topics.

Instead of vigorous debate, we were perplexed and disheartened to see a number of comments discounting the data emerging from this report, not based on facts and evidence, but based on personal opinion and anecdotes. One common response from the mostly male responders was that these data must be incorrect and misleading because they personally have not witnessed these issues. In other words, if I haven’t seen or experienced bias, it cannot possibly exist.

The thought that their own experiences (as members of a gender majority group within tech) are representative of the experiences of all individuals within tech is both problematic and telling.

Interestingly enough, when presenting these findings at different companies and organizations, we got the same response time and time again from the women and people of color who work in IT: “This data doesn’t surprise me at all; it is perfectly aligned with what goes on here.”

Indeed, this is the primary purpose for undertaking this research: to document experiences of underrepresented individuals and counter myths and assumptions that are pervasive in the IT sector. In the interest of continuing this conversation, we wanted to address these myths head on and challenge critics questioning the validity of the experiences of this sample of women and underrepresented people of color in IT. In many ways, the most important take-away of our research is that despite our shared work environment, we don’t experience it the same way.

Myth 1: IT environments are true meritocracies.

We have this idea that in tech, everyone is treated the same, and that treatment is based based solely on ability and skills (not gender or race).

Many tech workplaces believe in meritocracy and claim this distinction as a point of pride. Yet, decades of empirical research show that despite our best intentions, unconscious, subtle biases affect how resumes, journal articles, theater scripts, interviews, and merit-pay decisions are made.

Here are a few examples: An interviewee with an accent is rated less favorably and less likely to be hired than an identical interviewee without an accent. Women and racial minorities with the same level of performance (and same job, supervisor, work unit) receive lower merit-pay increases than white males.

Our research adds to this literature, finding that women and underrepresented people of color reported encountering far more negative workplace experiences than their counterparts.

Were these actions intentionally perpetrated to exclude these individuals? Probably not. Are these individuals being ‘oversensitive’? The data suggest that diverse employees let a huge number of incidents go by and are far more likely to quietly leave rather than complain.

So, did these actions disproportionately impact underrepresented groups, and challenge the idea that these environments are completely meritocratic? Absolutely.

During one recent presentation at a major tech company, several of the men loudly protested that they didn’t believe the negative experiences women reported. As part of the discussion, we asked groups to circle up and discuss possible solutions within their company. The men immediately turned their chairs toward each other to chat, excluding the one woman in the group and dominating the conversation.

This drives home one of our main points: It is critical to examine your own hidden biases and those that may exist in the form of practices or culture within your workplace. For example, consider how important employee referrals are in the hiring process. Whom would you recommend your company hire for an IT job? Where are your positions advertised? While we recognize that these sources may identify good candidates, they also systematically and subtly skew the candidate pool to be more homogeneous.

Myth 2: Technical skills and productivity are all that matters; diversity is not important.

Diversity within companies on teams, in leadership positions and on governing boards has been increasingly documented as valuable to business outcomes by numerous researchers (also see Scott Page’s The Difference, a book that explores the effects of diversity in businesses and schools).

Yet surprisingly, discussions about the importance of diversity tend to dissolve into arguments about hiring less qualified candidates for the sake of diversity and instituting “quotas.”

A diverse candidate and a highly-competent, skilled, well-educated candidate are not mutually exclusive.

Within this study, the data reveal that there are very different beliefs about the importance of diversity and support of actions to increase diversity based on demographic group. This research in no way suggests hiring less-qualified candidates to make companies less diverse. In fact, the research simply suggests that while evidence shows that diverse candidates can improve outcomes for organizations, there may be a lack of effort taken to recruit highly competent and qualified candidates from diverse backgrounds.

One finding indicated that while 60 percent of men in startups believed that diverse teams are better at innovation and problem-solving, only 41 percent would be in favor of a company-wide hiring practice to increase diversity. If 60 percent believed that knowing how to code made for better hires, would only 41 percent be in favor of hiring people who know how to code?

Myth 3: The lack of women and underrepresented people of color is only a pipeline problem.

Women and underrepresented people of color are far less likely to take computing coursework or exams in high school and complete degrees in computer science and engineering. This is a fact.

This tells us that while there are not as many women and people of color in the current pipeline to drastically change the demographics of the sector, there are also practices within the sector that are problematic. First, The lack of focus on diversity means we continue to hire those that are in our networks, went to our schools, and look just like us. Second, negative experiences (which affect women and people of color at higher rates) lead to turnover.

Thus, while not suggesting that the demographic trends in IT are entirely due to bias, we are also suggesting that they are not entirely due to the pipeline either. The following questions remain unanswered: How many have left IT for another sector? How many found the IT work environment unwelcoming or incompatible and sought employment elsewhere?

We challenge you to replicate this study in your own companies and examine the experiences of underrepresented groups. We hope this can stimulate an important dialogue.

Allison Scott, Ph.D., is the director of research and Freada Kapor Klein, Ph.D. is the founder of the Level Playing Field Institute, a San Francisco-based nonprofit organization that promotes innovative approaches to fairness in education and the workplace by removing barriers to full participation. The Institute helps reveal and remove the barriers that prevent underrepresented groups from achieving all they can.