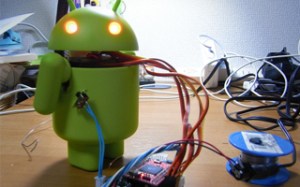 The upcoming and heavily anticipated new Android phone from Motorola is reportedly thinner and faster than the iPhone 4S.

It’s also got a larger screen and will run on Verizon’s 4G LTE network.

Ladies and gentleman, we may finally have a phone that even the Apple fanboys and girls may grudgingly admit to be an iPhone killer.

Let’s take a look at the specs, as handed to Boy Genius Report by an anonymous source:

Here’s a weird, vague teaser video, which promises the phone will be faster, thinner, smarter and stronger… but it doesn’t come right out and say “…than the iPhone,” so it’s still painting a pretty subjective picture, even for advertising:

The device will be a Motorola/Verizon collaboration and will be called the DROID HD, the DROID RAZR (this particular throwback strikes us as silly, but we’ve seen sillier names for phones) or possibly the Spyder. The two companies are jointly announcing the phone’s launch next week.

The Droid HD may not be the top Android contender for long though. Judging from what we’ve seen of the Nexus Prime, Google’s latest flagship device, it will blow all others in specs. Samsung and Google are now planning to announce the Nexus Prime, as well as Android 4.0, on October 18 in Hong Kong.