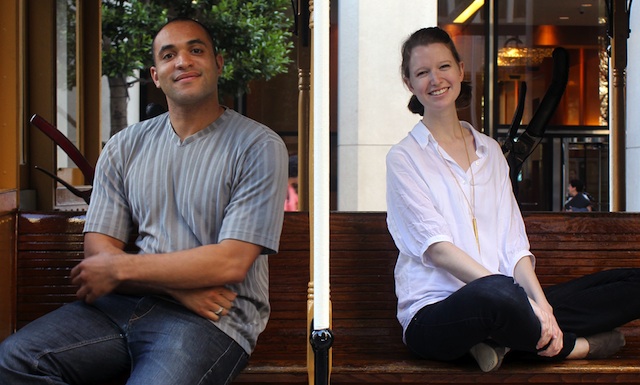 VentureBeat is proud to announce the two newest members of our writing staff: Meghan Kelly and Chikodi Chima.

Meghan joins our team after a stellar four-month internship in our San Francisco office, where she helped cover new funding announcements as well as write up news about Demo alumni. A new reporter, Meghan has absorbed VentureBeat’s ethic of aggressive, fact-driven reporting and speed. After doing the job of a reporter for several months, it was an easy decision to promote her into that job officially.

Meghan is a southern belle from Yonkers, New York. She’s a graduate of George Washington University, and is the caretaker of VentureBeat’s office cactus, aka PlantBeat.

At VentureBeat, she’ll be covering startups, security and “telling the story of awesome from coast-to-coast.” She’s interested in learning more about how people’s brains tick in relation to the things (and companies) they’ve created. Follow her on Twitter @meghankel, or email her at meghan.kelly@venturebeat.com.

Chikodi comes to VentureBeat after a stint at The Next Web. He’s also contributed to a green tech news startup, helped out with TED India, traveled to Brazil (from where he first wrote a freelance piece for VentureBeat), and is involved in the production of a documentary film.

Chikodi is a multitalented multimedia reporter (check out his short video on beards in Philadelphia), and impressed us with his eagerness to cover Silicon Valley and startup culture.

He’ll cover emerging technologies, startups, investing, cleantech and online communities for VentureBeat. He once hitchhiked from San Francisco to Seattle, and has sold alarm systems for a living.

He received his M.S. from the Columbia University Graduate School of Journalism with a concentration in digital media. Follow him on Twitter @chikodi or email him at chikodi@venturebeat.com.

We’re not done hiring yet, either. We’re looking for talented reporters in San Francisco and New York. And we’ll be looking for a new intern, too, since we just promoted ours. We need someone hungry to break the news, eager to find needles in haystacks of emails and financial reports, and willing to learn the ropes at a fast-paced, fact-based news startup. Is that you? Write to us.