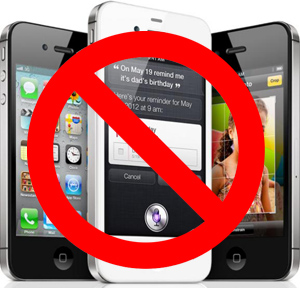 After declaring its intention to block sales of the iPhone 4S in parts of Europe two weeks ago, Samsung now wants to stop sales of the hyped device in Australia and Japan as well, the company said today.

Apple and Samsung have been sparring in courts around the world since April, when Apple sued Samsung in the U.S. for “slavishly” copying the designs of the iPhone and iPad. Samsung filed a counter-suit against Apple in the U.S. that didn’t do much, but the battle also extended to the U.S. International Trade Commission, which can block the importation of devices into the U.S.

Apple most recently made headway against Samsung in U.S. courts on Friday when a judge declared that Samsung infringes on Apple’s patents with its Galaxy tablets and smartphones. If Apple can prove the validity of its patents to the courts, some of Samsung’s most popular products will be blocked from sale in the U.S. Both Verizon Wireless and T-Mobile USA opposed Apple’s request because stopping sales of Samsung’s Android devices could severely hurt holiday sales.

Samsung’s decision to fight back to block iPhone 4S sales is not surprising. But preventing Apple from selling the new iPhone in several countries, even if it’s just temporary, could hurt the iPhone 4S’ worldwide momentum. The iPhone 4S set new sales records this weekend with more than 4 million units sold in the U.S., and Apple will want to continue that pace as it launches the 4S around the world in the coming weeks.

Samsung filed for preliminary injunctions in Tokyo, Japan and New South Wales, Australia. The Korean company asked to stop the sale of the iPad 2 and iPhone 4 as well, but since those devices have been on the market for much longer, a ban on the 4S would be much more damaging.

The relationship between Samsung and Apple is complicated, as Apple still purchases mass quantities of chips and other components manufactured by Samsung. Samsung COO and President Lee Jae-Yong reportedly attended Steve Jobs’ memorial service on Sunday and said he would use the opportunity to talk briefly to new Apple CEO Tim Cook.

“I will have a chance to meet Cook, but I’m not going there for business purposes. I’m going to pay tribute to Steve Jobs, and I don’t know what I will talk about with Cook,” Mr. Lee told Korean media before leaving the country for Jobs’ service.