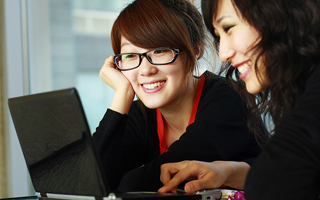 Currently, U.S.-based developers outscore their competitors in China when tested on common programming languages. However, U.S. developers lag behind in math and logic.

A new study from Gild, a service for creating and comparing developers’ skill profiles, asserts that Chinese developers outscore U.S. developers on math and logic by 20 percent.

“Software development remains a bright spot for the U.S., with American programmers the best in the world, but is it sustainable?” ask the Gild researchers.

“To ensure this leadership for more than a generation, we urgently need to improve the quality of math skills in our schools. In fact, America should embrace and support this leadership position and introduce programming into schools.”

Gild’s study took into consideration the skill sets and levels of almost half a million developers. Altogether, the group being studied was put through more than one million tests.

For most mainstream programming languages, the American developers tested better than did the Chinese developers.

While it’s good for those of us living in the States that our ladies and gentlemen of a coding persuasion are keeping ahead of China, perhaps the world’s largest national workforce, in programming language knowledge, it’s disturbing to know that we’re falling behind in math and logic, two of the fundamental foundations for truly beautiful code.

“With debate raging around the need for improved focus on math and science in American high schools — a comment most recently from President Obama in his press conference last week — this data seems to support the active challenge to America’s global technology leadership,” wrote a Gild spokesperson in an email to VentureBeat.

At an education level, Americans have long known that our science and math skills are not up to snuff.

In 2003, the Program for International Student Assessment, an international test, showed that 15-year-old students in the U.S. lagged behind students in other nations when it came to math and science. In 2006, the National Academies publicly raised concerns about a marked decline in U.S. students’ knowledge of science, technology, math and engineering. Currently, American students rank low for math and science skills, coming in 25th in math and 21st in science compared to students in 30 industrialized countries.

So after a decade of apparently ineffective education, it’s not too surprising that today’s workforce of American engineers still trails international counterparts in subjects like science, math and logic.

“America must invest in education to stay ahead,” said the Gild researchers in a statement. “Developing nations such as China are clearly putting an immense focus on core skills, particularly math. While nothing can replace creativity and ingenuity, the United States cannot afford to ignore the fundamentals.”