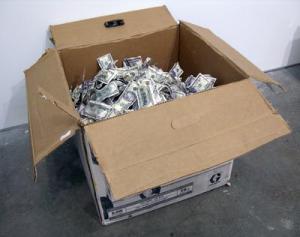 Dropbox’s service lets people store their documents, photos, video and other files in a personal folder. The files are easy to share and accessible no matter your location. The company has over 45 million users in 175 countries that save upwards of a billion files every three days. The service is on track to triple its user base in 2011, according to Dropbox.

The company said it plans to use the additional capital to accelerate growth, make acquisitions, pursue strategic partnerships and grow its team of employees.

VentureBeat first reported that Dropbox was seeking to raise a $200 million -$300 million round at an estimated $5 billion valuation.

Founded in 2007, the San Francisco-based startup has received a total of $257.2 million in funding.