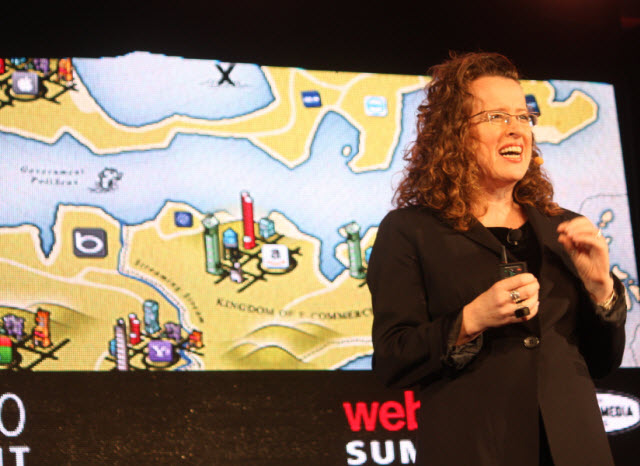 Genevieve Bell leads a group of anthropologists at Intel who have become famous for their insights into how people use technology. At the Web 2.0 Summit yesterday, she gave one of the most interesting and amusing talks about what would happen if “data were a person.”

Her talk, entitled “The Secret Life of Data,” focused on the secrets that exist in data. It fit well with the theme of the conference, dubbed the “dataframe,” or how the huge explosion of data and the marshaling of it is changing our world.

For instance, some people in India appear to be enormous consumers of content. That’s because they are data brokers. They download data to their phones and then sell it in a shop to other consumers who buy it for much less money than the initial cost (see more on this in the video below). On the network, the brokers look like they’re crazy. In fact, they’re a gateway for spreading content to hundreds of millions of people who otherwise could not afford it.

“This is what happens when data is intermediated,” Bell said in her Australian accent and her knee-high black boots. “It looks suspiciously social.” 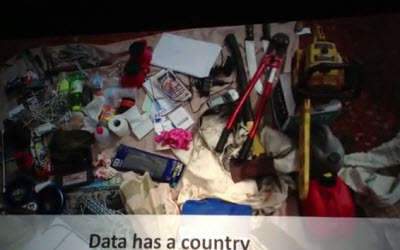 Bell reminded us that data often needs its context to be understood. She noted that “data has a country.” To make the point, she noted that Intel is currently studying what people keep in their cars. In the U.S., the picture at the right would suggest that the person who owns these car items might be a serial killer, based on American horror movies with long knives and chainsaws. But in Australia, people would recognize that the contents of the car belong to a volunteer firefighter.

Bell said, “We are always trying to present data in a way that makes ourselves look best. … The lies we tell are almost as interesting as the truths.”

She asked what would happen if we designed for data as if it were alive, with intentionality, beyond what we normally think about.

Bell closed by saying it was sad that she was the only woman who had been up on stage so far. Federated Media’s John Battelle, who is co-host for the conference, said he tried, then he joked, “I could tell you all the stories of women who turned me down.”

Here’s a video of most of Bell’s talk at the Web 2.0 event. Don’t miss the boots.