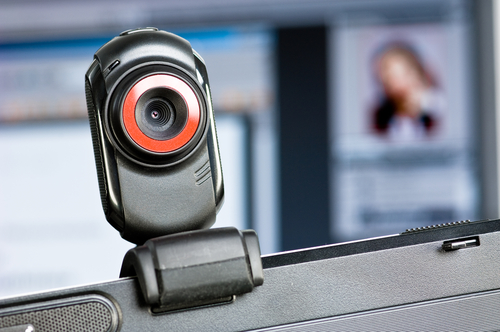 Video recruiting software company OVIA, received a $2.5 million first round of funding from DCM today, with the goal of removing the phone screening process and introducing video.

“Productivity process-wise, this is the future of recruitment,” said David Chao, co-founder and general partner of DCM, in an interview with VentureBeat.

Especially in this economy, the jobless are being dragged through terrible recruitment processes more and more. There’s the standard application, phone screen and, if you’re lucky, in-person interview. On the human resources side, this takes a lot of manpower. Research and interviews with a number of HR representatives indicates that for every one dollar spent on the HR side, 50 cents is wasted, said OVIA chief executive and co-founder Rodrigo Martinez.

The waste starts with the phone screening process.

OVIA’s software allows HR representatives on the hunt to record their usual phone screening questions as video and send them out to all the candidates otherwise worthy of a phone screen. Those candidates then video record their answers and wait to hear back from the HR representative. The obvious thought is that OVIA is attempting to reinsert the communication lost when you can’t see the person you’re interviewing.

“We have to remember that humans are visual creators, there’s so much communication happening [that’s] non-verbal,” said Martinez.

But there’s a hidden element. While the software does allow you to read body language and connect with the interviewee, it also further automates the screening process.

There are pros and cons to this. On the pro side, by automating the system in this way, HR reps can send out more screenings and potentially get a richer cross-section of worthy candidates. OVIA’s hope is that while more people are screened and the time spent laboring over the process is decreased, an HR representative can call in more in-person interviews and really find the best candidate. Another benefit is the ability to share the video screening with a boss who may want to weigh-in on a particular find.

The con, however, is that by automating the process further, HR representatives won’t have an opportunity to throw a wrench into the conversation. Candidates participating in a video screening also only have so much time to answer a question, and you don’t get the same sense of urgency from video recordings that you do from speaking directly to a human being.

Overall, the OVIA system, for David Chao of venture capital firm DCM, is a step in the right direction. Chao worked for Recruit and knows the business from the inside. Martinez also has a background in recruitment as an engineer for Monster.com.

There are competitors in the space, however, such as Hirevue, InterviewStream, Take the Interview and JobOn. JobOn also allows candidates to submit video answers to recruiters, who send text-only questions. JobOn could scale to the executive market, but for now is seemingly retail-oriented.

Chao was particularly interested in OVIA, however, for its potential to help companies hire mobile workers. Currently, the video element does not follow through to the end of the interview process. That is to say, you cannot hold live video chats over OVIA. This eliminates using the software to replace in-person interviews, a challenge in recruiting remote employees. Martinez does hope to bring OVIA to that point, however, to target the mobile workforce market. Martinez also plans to enter the job-seeking side, with new options for finding jobs. He was elusive on the topic, so we’ll have to wait for more.

OVIA was founded in 2010, and is headquartered in Mountain View, but will be moving soon to San Francisco. The company has nine employees and is looking to hire.