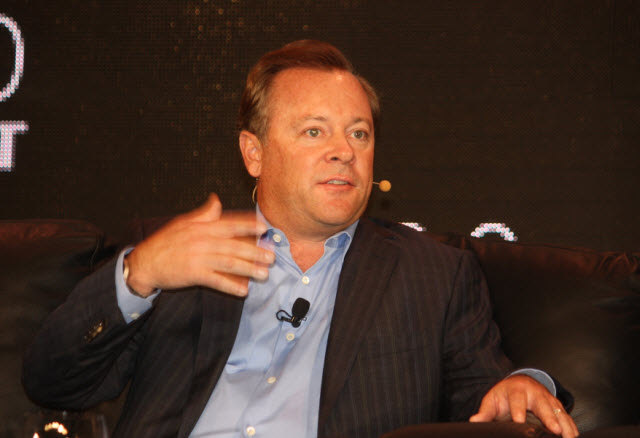 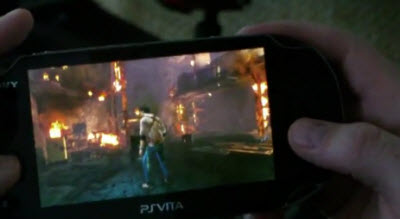 Speaking at the Web 2.0 Summit in San Francisco, Tretton said that the PlayStation Vita is Sony’s latest push in mobile gaming and an attempt to compete with the likes of smartphones such as the Apple iPhone. The Vita will feature some spectacular games such as Uncharted Golden Abyss, which looks very console-like in its graphics and can be controlled with a swipe of your finger on the touchscreen.

The Vita will debut in Japan in December, and now Tretton has spilled the beans on the U.S. as part of a conversation with author Jane McGonigal, author of Reality is Broken, a book on video games and how they can save lives.

Tretton said that Sony’s game consoles have been able to get into a quarter of homes, but you could look at that as a “glass half empty,” Tretton said, since three out of four homes still don’t have a gaming device. The Vita represents an attempt to reach a lot more consumers, partly by being much more social.

The new Vita will have built-in integration with a number of sharing networks. You can, for instance, capture a scene from a game and upload it directly to YouTube from the Vita, which can be connected to wireless networks, without leaving a game. You can do the same with Twitter, Skype and Facebook.

The Vita will allow new kinds of marketing promotions as well. You can go to a store, for instance, and wirelessly pick up digital goods or rewards that you can use in your games.

Tretton said that Sony has 17 million gamer fans on Facebook and it has 24 million users on its PlayStation Home social network on the PS 3.