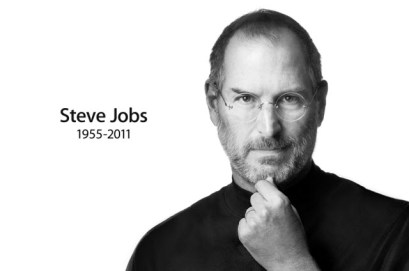 Steve Jobs was well-known for his relentless energy, firing off emails until late at night. Now we know that dedication to work continued right up until the day before he died.

According to Softbank chief executive Masayoshi Son, whose company distributes the iPhone in Japan, Jobs made a call to current Apple chief executive Tim Cook October 4th, the day of the iPhone 4S launch. He wanted to talk products.

Son’s comments, made in a conversation with U.S. Ambassador to Japan John Roos, were spotted by PC Magazine today. In the interview, Son described how Cook had to cut short a conversation  with Son. Son said:

I visited Apple for the announcement of the iPhone 4S. When I was having a meeting with Tim Cook, he said, ‘Oh Masa, sorry I have to quit our meeting.’ I said, ‘Where are you going?’ He said, ‘My boss is calling me.’ That was the day of the announcement of the iPhone 4S. He said that Steve is calling me because he wants to talk about their next product. And the next day, he died.

Son went on to explain he believes Jobs could have died much earlier, “but the announcement of their newest product made him live longer.”

Recently Ashok Humar, an analyst with Rodman & Renshaw suggested that the iPhone 5 may have been Jobs’ last product. Given that Son describes Jobs’ call as focused on Apple’s “next product,” minds will immediately flock to the iPhone 5.

But the real story here is that Jobs was the ultimate entrepreneur. His creativity was unstoppable during his lifetime and will, according to this report, extend even beyond his death.

Cook may not have said it, but with this call Jobs put in his famous “one more thing,” one last time.