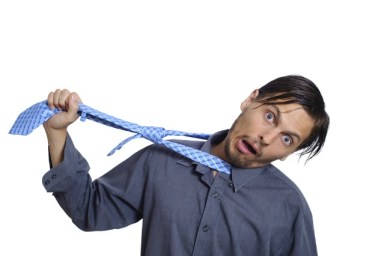 Daily Deals site BuyWithMe, which gorged itself buying smaller rivals, has laid off more than half its workforce, the company’s chief executive officer Jim Crowley announced yesterday. BuyWithMe was the No. 3 daily deals site in the U.S. behind Groupon and Living Social.

“We were told on Tuesday at 5 pm an alarming majority of employees were being laid off with no severance, and a small group of employees would be retained in a last-ditch effort to sell the company,”  Ian Boschen, BuyWithMe’s former of director of marketing, told VentureBeat. He said fewer than 10 of the 100 New York-based staff members remain. We have contacted BuyWithMe for confirmation, but it has not yet responded.

The layoffs come after the Boston-based company was unable to raise a new round of financing at a valuation of $500 million. BuyWithMe had raised $21.5 in Series A and Series B funding as of July 2010, according to CrunchBase.

Crowley said in a statement provided to media that the company was reducing its headcount in order to continue to serve customers and merchants in some capacity:

“BuyWithMe did have a significant reduction in staffing this week. We did this so the company is in the best position to continue to serve its merchants and members. As an organization we’re continuing to pursue our business and to support our customers throughout the country.”

Another former employee of BuyWithMe told BetaBeat the company burned through its cash trying to buy its way to growth and profitability, but was unable to make the strategy play out successfully. In the past year, the company acquired deal sites Scoop St, DealADayOnline, Swoop, LocalTwist and Edhance, a loyalty program.

“We would buy a new company and see growth from some of their users, but that’s it,” the former employee told BetaBeat. At issue was the fact that BuyWithMe was investing heavily to build its own technology in an effort to create a viable national brand based on deals. However, the challenge of building a generic, national franchise may have proved too much.

“I think that this is further proof that the branded side of daily deals sector is over, “said Martin Tobias, the CEO of Tippr, a leading provider of white-label deals technology for publishers and websites. “I expected it. I’m not surprised,” Tobias said.

Is the news a bad omen for the daily deals sector as a whole? Companies such as Groupon and BuyWithMe have been very successful in creating awareness that local businesses can reach new customers online, though it remains to be seen whether their prodigious, and expensive, marketing efforts will result in long-term success. Yesterday, Groupon announced the schedule for its IPO roadshow, with a significantly lower valuation than was expected. Groupon has repeatedly come under fire for its accounting practices, and the company spent $432 million on marketing and customer acquisition in the first six months of 2011, according to company filings.

Vinicius Vacanti, CEO of Yipit, a daily deals aggregator and industry data provider, thinks brands and media companies with existing audiences are poised to capitalize on the awareness created by pioneers such as Groupon.

“What really matters to the space is that the Googles and Amazons are expanding,” said Vacanti.

Both Tobias and Vacanti think media brands with an existing audience that are beginning to promote their own deals through existing channels, rather than trying to create consumer brands from scratch, will win. Tobias said that over the past six months more than 200 media brands have begun offering their own deals, and around 90 of them are using Tippr.

While consumers’ appetites for deals may not be waning, the landscape is very challenging to any startup looking to get in on the deals space. The door may be closed for any company with national ambitions, unless it’s very crafty.

“The ability to launch and expand to a bunch of cities is almost impossible to do now,” said Vacanti.