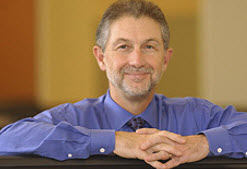 Hewlett-Packard said that its longtime tech expert Shane Robison will retire on Nov. 1. Robison is the executive vice president and chief strategy and technology officer at HP.

Robison spent 11 years at HP, after coming to the company with Carly Fiorina’s acquisition of Compaq in 2001. Robison was a member of the company’s Executive Council and he helped shaped the company’s corporate strategy and technology research agenda. He led many  of the company merger deals and R&D efforts. The loss of someone like Robison is a big one, and it means that Whitman, who has very little background in tech R&D, will lose a very key advisor as she presides of the world’s largest technology company in revenues.

“Shane has been a powerful innovator for our business groups and other corporate divisions,” said Whitman in a statement. “His passion for research and development has ensured that innovation continues at HP.”

Robison’s departure isn’t good for HP as it tries to figure out what it wants to do. HP no longer has the wherewithal to participate in every tech market. That was why Apotheker acquired software companies, killed off HP’s webOS mobile hardware, and was prepared to spin off the PC business. But he communicated so poorly that the move cost him his job.

One key issue is whether HP will continue to create supercomputers and software in support of Intel’s Itanium chip, which has been a huge joint program between the companies since 1994. The chip and computers based on it are profitable, but Intel’s core x86 chips are still selling much better and Itanium hasn’t lived up to its original expectations. Whitman will have to make the call on such things in the absence of Robison.

Whitman said HP will not replace Robison. That could be a recipe for disaster.