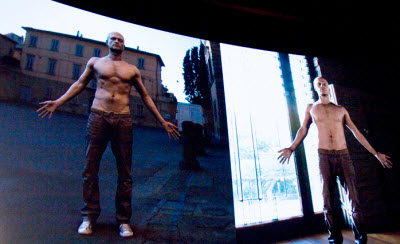 The alliance makes sense because Otoy will allow game companies to create games that run on its cloud, or web-connected data centers. Game companies can also use Autodesk’s tools to create new kinds of titles that run in the cloud and stream images back to users. The goal is to accelerate the creation and adoption of Otoy’s technology.

Otoy’s team has created cloud-based animation tools that can create hyper-realistic imagery like the pictures in this story, which are stills from Otoy animations. And they will put this technology in the hands of people who could otherwise never afford such special effects. These technologies can be used to create imagery that accurately creates lighting in an animated scene without requiring a huge amount of supercomputing power or programming know-how.

So artists creating films or movies can now reduce a lot of their computing costs and save a lot of time by shifting to tools and computing power in Otoy’s cloud. Artists can tap the cloud to render their imagery and will never have to upgrade their hardware or download the latest creativity software again. Consumers will be able to see this kind of content in the future via just about any device through game or video streaming, where the computing is done in the cloud and images are piped over the network to the user’s computer, iPhone, iPad or TV. 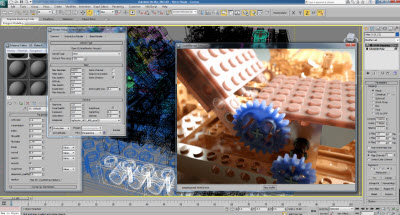 Even if the artist has a computer with a modest graphics chip, the artist can engage with Otoy’s cloud and its rendering tools to create eye-popping graphics. Artists can use Autodesk’s 3DS Max 2012 tool with Otoy’s Octane Render (jointly developed with Refractive Software) to view and change their works of art. That saves them anywhere from four times to 16 times the amount of time it takes to edit and complete an image.

The images in this post show off what Otoy can do with its cloud rendering system. LightStage, a division of Otoy, can render human images so realistic that you’ll be able to see the hairs on the animated person’s neck. The suitcase shows the high level of detail associated with LightStage software tools for DSLR cameras. This means an artist with a normal DSLR camera can capture high-quality images and translate them into films and games.

“This puts us in the middle of the game development platform,” said Jules Urbach, chief executive at Otoy in Los Angeles.

Brian Matthews, vice president of Autodesk Labs, said Otoy has a great track record in rendering, capture, compression and graphics-chip technologies. Autodesk believes that Otoy’s cloud, rendering, and compression technologies will be useful across a broad a number of industries.

Oddly enough, Autodesk is also an investor in OnLive, a major Otoy competitor. Otoy is creating 3D rendering tools, including Octane Render and Brigade, which can be used to make games and films. Otoy did not disclose how much money it raised. 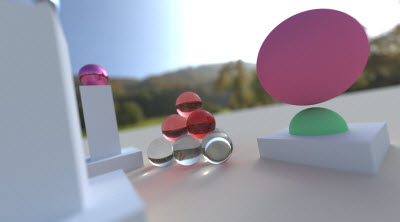 Otoy uses a combination of server technology and a user’s own computer to calculate 3D graphics scenes that look spectacular. The company believes that future game consoles will use this kind of web-based technology to deliver outstanding game experiences to users. Otoy won’t make these consoles itself, but its potential partners could do so and license Otoy’s technology.

Otoy has built a cloud-based rendering technology that uses powerful graphics chips inside servers in a data center to create highly realistic images. Those images are built with a graphics technology known as “ray tracing,” where a 3D scene is calculated by sending out virtual “rays” from a single point of view. If the rays collide into an object, they bounce back and reveal the limits of how far a ray of light can penetrate into the scene.