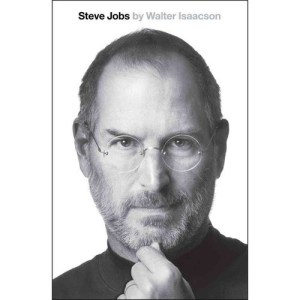 An early copy of Steve Jobs’ biography by Walter Isaacson has leaked to certain news outlets. These publications are The New York Times, The Huffington Post, the Associated Press and CBS News. Jobs’ biography will officially be released on October 24. Here are the latest tidbits of the story Jobs refused to tell anyone else:

Michael Liedtke of the Associated Press on Jobs, Google and the Macintosh:

In fact, Page came to Jobs for advice on how to be a good chief executive officer, and while Jobs’ immediate reaction was to say “f-you” to Page, he remembered how HP co-founder Bill Hewlett advised him in his younger days.

“Figure out what Google wants to be when it grows up. It’s now all over the map,” reads the biography’s account of Jobs’ interaction with Page. Later Jobs came to Page with a sharp advising tone, warning Google was making products “that are adequate but not great. They’re turning you into Microsoft.”

Of Macintosh, Jobs’ biography had a couple entertaining anecdotes. Jobs let Bill Gates in on his plans for the Macintosh computer early. He codenamed the product that would eventually be Gates’ biggest PC competitor “Sand.” Jobs must have felt highly of the computer as the acronym stands for, “Steve’s amazing new device.”

His opinion of Gates was less amazing, however. “Bill is basically unimaginative and has never invented anything … He just shamelessly ripped off other people’s ideas.”

Once the Macintosh came into existence, famed artist Andy Warhol convinced Jobs to share one of its first iterations with Mick Jagger, lead singer of the Rolling Stones. Jobs agreed but upon arrival, Jagger didn’t know who he was.

“I think he was on drugs. Either that or he’s brain damaged,” said Jobs.

The New York Times on Jobs’ fight with cancer:

Steve Jobs’ battle with cancer began in 2003, and he was reluctant to turn to science for help. Instead — to the stress of his family and friends, particularly wife Laurene Powell — Jobs turned to herbal remedies and other exotic treatments.

“The big thing was that he really was not ready to open his body,” said Powell, who urged him toward chemotherapy according to the biography. She told Isaacson of Jobs’ decision, “The body exists to serve the spirit.”

When he finally turned toward science, Jobs put in his all. In fact, he had a $100,000 procedure to test the DNA sequence of his tumor and the sequence of his normal DNA to concoct personalized medications for his condition.

His biography says Jobs predicted he would be the first “to outrun a cancer like this” or the last “to die from it.”

As many know, Steve wasn’t only a technology pioneer, but also a design and marketing impresario. His eye for simplicity and minimalism were what many credit with the success of Apple’s user-friendly products. Steve Jobs also offered his creative eye to another leader: the President of the United States Barack Obama. The offer was to design Obama’s 2012 political ads, even through he heavily criticized the administration.

“He had made the same offer in 2008, but he’d become annoyed when Obama’s strategist David Axelrod wasn’t totally deferential,” Isaacson wrote.

“You’re headed for a one-term presidency,” Jobs told Obama when he met him in 2010. Jobs only met with Obama last minute when the president was on a West Coast visit. He met the president at the San Francisco Airport after waiting five days for a personal invitation he never received.

CBS News on Jobs and his father:

On 60 Minutes this coming Sunday, Walter Isaacson talks about Steve Jobs and his relationship with his father. Jobs was given up for adoption as a baby. He later met his sister, novelist Mona Simpson. After finding Simpson, Jobs enlisted her to help him locate his birth father. The man he eventually found was named Abdulfattah “John” Jandali, a man Jobs met without ever knowing the two were related.

Isaacson writes Jandali ran a restaurant in Silicon Valley that Jobs had undoubtedly patronized. “‘Everybody used to come there,'” Jandali told Simpson before he ever knew Jobs was his son. “‘Even Steve Jobs used to eat there. Yeah, he was a great tipper.'”

Simpson refrained from telling Jandali and instead told Jobs where he could find his father. Jobs never reached out to the man.