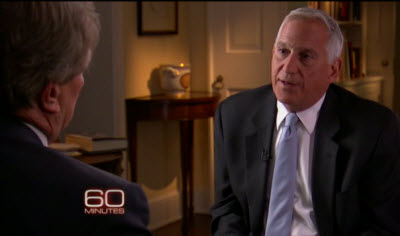 Steve Jobs refused to get an operation for his cancer until it was too late, Jobs’ biographer Walter Isaacson, confirmed in an interview with the CBS show 60 Minutes.

In an interview with Steve Kroft, Isaacson said that Jobs was urged to get an operation for pancreatic cancer. At first, Jobs tried alternative medicine and waited nine months before agreeing to the surgery. When they did the surgery, the doctors found the cancer had spread beyond the pancreas.

In the interview, Isaacson said, “I’ve asked [Jobs why he didn’t get an operation then] and he said, ‘I didn’t want my body to be opened…I didn’t want to be violated in that way.'”

Jobs’ wife and others urged him to to get the operation, but Jobs moved too late. Fortune first reported that fact in 2008. Andy Grove, a friend and mentor to Jobs and the former head of Intel who had survived prostate cancer, told Jobs he was “crazy” for not getting surgery. Art Levinson, chairman of Genentech and a member of Apple’s board, pleaded with Jobs to have surgery.

Isaacson’s book will go on sale Monday, Oct. 24. It’s being published by Simon & Schuster. Previous books have chronicled Jobs’ belief in alternative philosophies and his vegetarian diet, so it’s not surprising that Jobs tried to find other ways besides surgery to be cured.

Cancer experts interviewed by the San Jose Mercury News say that Jobs could still be alive had he had surgery earlier. The New York Times also obtained an early copy of the book. According to its report, Jobs relied on remedies such as fruit juices, acupuncture, herbal remedies and other treatments — some that he found on the internet. That infuriated and distressed his family, friends and physicians.

Jobs was first diagnosed with cancer in October 2003, after a CT scan. He was operated on in secret in July 2004. About that time, Jobs also turned to technology. He was one of 20 people in the world to have all the genes of his cancer tumor and his normal DNA sequenced. The cost was $100,000, according to the 600-page biography. Isaacson conducted more than 40 interviews with Jobs, who died Oct. 5.

Jobs told Isaacson that he was either going be one of the first “to outrun a cancer like this” or be among the last “to die from it.”