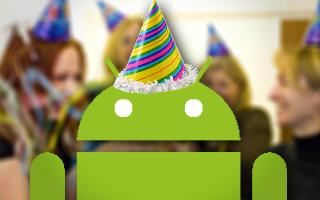 The Android Market has published more than 500,000 mobile applications — though the powers that be have removed around 37 percent of published apps.

By contrast, Apple’s App Store for its iOS devices has published 600,000 apps; around 24 percent of those applications were later removed.

These stats are current as of the end of September. Published apps are constantly being culled for a number of reasons, including quality, unaddressed bugs and incompatibility with the latest mobile operating system updates.

According to data from mobile analysis firm research2guidance, more than 78 percent of the apps that were removed from the Android Market were free. Research2guidance speculates, “Publishers [may] put more effort into the applications they place with the pay-per-download business model, thus ensuring that it is kept longer in store.”

According to data published earlier this year, the Android Market is actually set to contain more apps than the App Store by mid-2012. Between August 2010 and February 2011, the Android Market grew 127 percent (in number of apps alone); for the same period of time, the Apple App Store grew around 44 percent.

Also, Android users are expected to be downloading more apps collectively than do their Apple-lovin’ counterparts by summer 2012. Both should reach a monthly figure of 3.2 billion downloads per month by next June, and after that, Android Market downloads are expected to quickly eclipse App Store downloads.

But let’s not turn this into an app-measuring contest between Apple and Android. There’s more to a mobile ecosystem than apps, and both companies are releasing exciting innovations with their latest operating systems and hardware.

In the end, do a few thousand more games involving avian projectiles really make that much of a difference in ecosystem quality?