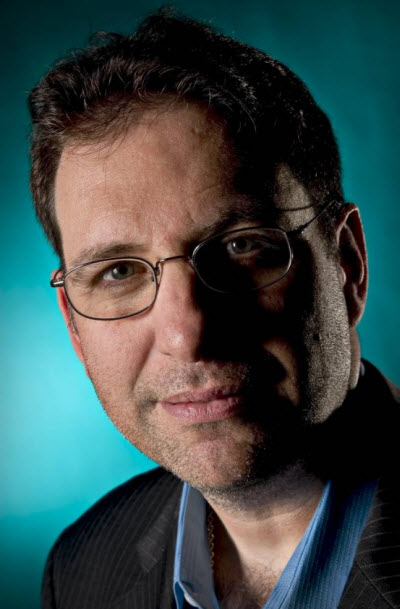 Kevin Mitnick was once labeled the world’s most wanted hacker. Back in 1992, he tangled with a mystery hacker named Eric, setting off a duel that led to a chain of events that spun out of control.

After a FBI manhunt, he was caught in 1995 with the help of security expert Tsutomu Shimomura, who wrote about the experience with New York Times writer John Markoff. Mitnick spent five years in jail, including eight months in solitary confinement.

At first, Mitnick wasn’t allowed to tell his side of the story, thanks to a gag order. Now he has penned a book on about his life on the run, co-written with author William L. Simon.  Called “Ghost in the Wires: My Adventures as the World’s Most Wanted Hacker,” the title has stayed on the New York Times Bestseller list for several weeks.

After getting out of prison, Mitnick pulled his life together as a “white hat” hacker, or one who helps companies by testing the security of their networks via Mitnick Security Consulting. Now he frequently talks about how to protect yourself from wily cyber attacks.

Here’s an excerpt from the book. And below is an edited transcript of our interview with Mitnick.

VB: Hi Kevin. We’ve talked before when you published your books, The Art of Intrusion and The Art of Deception. At the time, you had a gag order that did not allow you to write about your arrest and the events leading up to it. Now that it has expired, you’ve revisited those memories. Why?

KM: I had a deal with the government for about, for seven years after I was released from custody. So it expired around Jan. 21, 2007.  After that, we decided to work on my memoir, Ghost in The Wires. That was finally published on August 15. The other two books mentioned my life on the run, but they were really about the lessons I learned with social engineering and how organizations could mitigate the risk of falling victim to it. That book was The Art of Deception. Art of Intrusion was really kind of just talking about the stories of other hackers that were in the news and some where the perpetrators were never identified.

So what I like about the best of all these three is my life story Ghost in The Wires because it’s kind of like a Catch Me If You Can version for a computer hacker. What is unique about it that it is a true story. People really seem to like it.

VB: Yeah I noticed you tweeted about how it’s still on the New York Times online bestseller list.

VB: Congratulations. Why do people want to read it?

KM: Thank you so much. I never expected it but I guess it’s a great story and it’s written very well. So people are interested in it and I guess I’m the cyber version of Frank Abagnale.

VB: It’s probably only fair since there were other bestsellers that were written about you.

KM: As far as I am aware, the only hacking book that made the bestseller list was a book called The Cuckoo’s Egg by Cliff Stoll. The Takedown book never made it to the list and in fact it was a very poorly reviewed book. 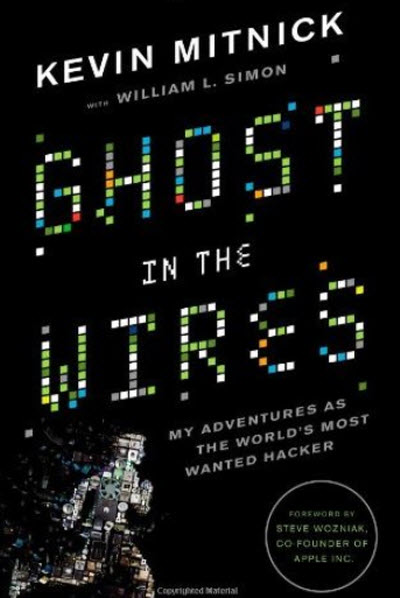 VB: Did you ever figure out why the government had such an unusual gag order in place here because that seems pretty rare?

KM: Well one of the things was they wanted to profit off my story and they wanted to keep everything under a protect order meaning that I was essentially forbidden to talk about it. So I had to be very careful because there is still stuff that is still under protective order that I couldn’t reveal. And so I had to be very careful to still tread around that restriction. The seven-year restriction was to prevent me from earning any revenue from my free public expression. They learned that from cases like the (murderer) Son of Sam.

So they had to do it that way because there are laws that are usually applied to violent crime cases to prevent people from profiting by telling the story. But it’s a prior restraint on free speech, so the Supreme Court has since struck down those laws. That was how the federal government dealt with it back then. It was part of the plea agreement.

VB: So what really drove you to write this new book after the gag order lifted and you were free?

KM: To get the story out. It wasn’t really about making money. I mean I make money from my security business and my public speaking career because I go around in the world doing a lot of public speeches, keynoting at conferences. I make plenty of money doing that. So it wasn’t really about the money it was about getting my side of the story out. I thought it was a great story to tell that people would enjoy it. And I want to really to focus on the chase because my story is kind of a cat-and-mouse game with the federal government.