Microsoft's project name for its next Xbox console should be "Ice Cream Sandwich with Cherries." Google's reign as the preeminent user of frozen confectionary titles won't last long! 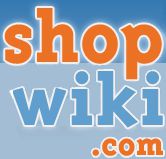 Develop's little birds whisper a potential 2013 release window for the next Xbox console. Industry firms — including chip manufacturers and middleware developers — anticipate Microsoft's announcement of the Xbox 360's successor during E3 2013, followed by a holiday launch. Let's hope for something a little more visually appealing beyond the "squashed textbook" look.

Sony's various internal studios have apparently started working on PlayStation 4 games. No further details on how many of Sony's 16 studios are involved, but Develop's report says industry members aren't expecting a new console from Sony until 2014 — any earlier, and Bad Things might happen.

Mark Hamill hangs up his acid-green bowtie and ends his role as the voice of the Joker. "Hello/Goodbye Joker!" Hamill wrote in a tweet. "I've enjoyed every minute behind the wheel of the Crown Prince's crazy car — I'm going to miss him more than I can say!" For all his aptitude with technological forensics, Batman remains oblivious. Just as planned.

Gears of War 3's "RAAM's Shadow" downloadable content throws a bunch of bug-worm creatures at players in new campaign levels for $15 on December 13. Set before the events of the first game, your mission (as a member of Zeta Squad) involves yanking civilians out of Ilima City before a Locust Kryll storm swarms everyone's heads off. General RAAM — you know, that giant walking wart from the original Gears of War — returns as both a villain and a playable character. Other goodies include a brown weapon skin pack and six new multiplayer characters.