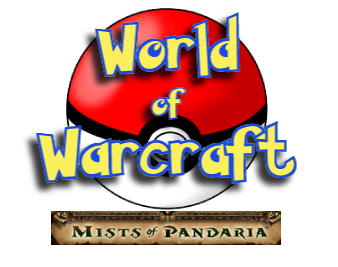 Developers of the ridiculously popular massively multiplayer online role-playing game World of Warcraft announced that the next game expansion will include a new battle system that essentially turns a player’s companion pets into Pokémon.

The announcement, made yesterday at the annual Blizzcon event, was one of many that Blizzard Entertainment made about World of Warcraft’s fourth expansion, Mists of Pandaria. Companion pets are somewhat of an accessory. They follow a player’s character around when summoned but can’t be controlled independently.

However, the new battle system will allow players to enter into companion pet battles with pet trainers, other players and even wild pets. It sounds very similar to Nintendo’s Pokémon. If you replace the word “pet” with “Pokémon” in the description Blizzard gives below for pet battling, it sounds like the same game.

You and your friends can pit your pets against each other in fun, friendly duels. You can teach your pets unique abilities and attacks, and they will use these abilities when battling other pets. As they fight and win battles, your pets will gain experience and level up, which makes them tougher and may even unlock new abilities. Assemble your roster and duke it out with your friends to see whose pets are the strongest!

While the addition of a companion pet battle feature will arguably add some value to the game, its true purpose is likely to generate a new stream of revenue by selling virtual goods for Blizzard. The company first experienced the money-making potential of selling unique virtual goods in April 2010 where it offered a one-day sale of a unique Celestial Steed mount, which netted the company over $2 million.

But allowing players to purchase cool in-game gear is something the company is no doubt very cautious about. Allowing too many in-game items through virtual sales can hurt the over all game play — because some of the less dedicated players will likely spend $40 bucks on a cool new item that they otherwise would have taken 40 hours playing the game to earn.

Blizzard released some mock-ups of what the pet battles will look like, but at this point it’s little more than concept art. Let us know what you think in the comments. 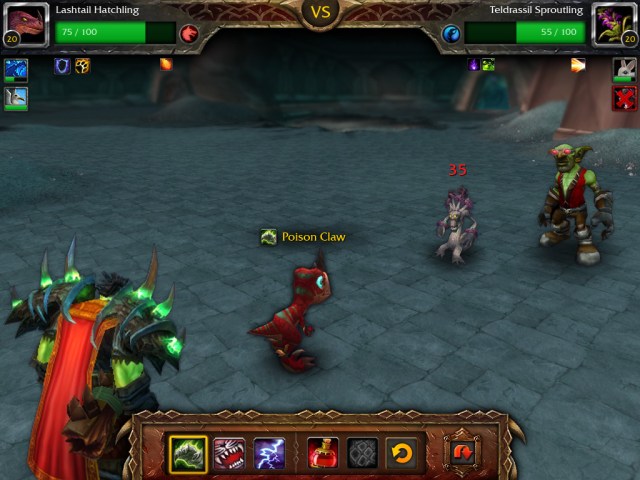 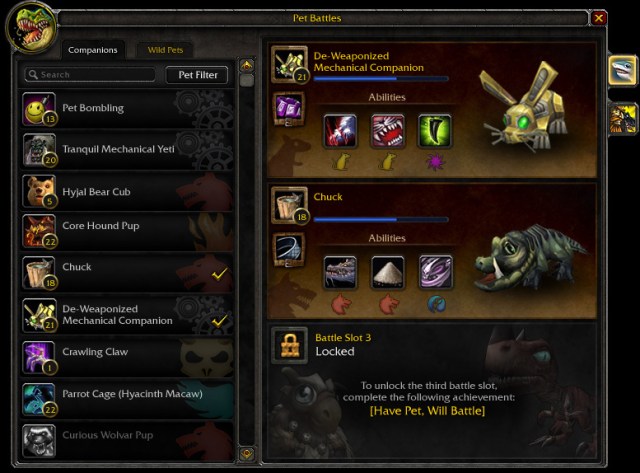