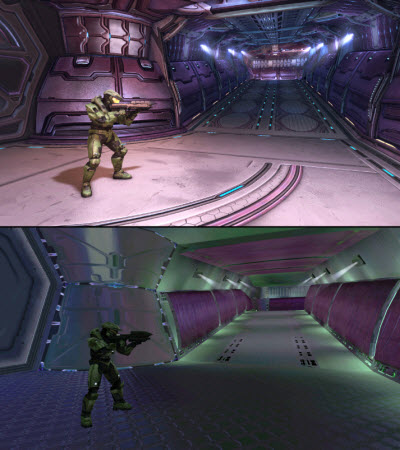 Fan service is a tried and true way to make money in video games. That’s why Microsoft is re-releasing an upgraded version of its Halo blockbuster game on the 10th anniversary of the game’s debut.

Microsoft has sold more than 40 million Halo games since 2001, or more than $2 billion at retail. By coming out with a new Halo game just about every year, the company hopes to get past 50 million in the not-so-distant future.

Halo: Combat Evolved Anniversary will debut  Nov. 15. It is being built by Microsoft’s own 343 Industries as well as external game developers Saber Interactive and Certain Affinity. Bungie, the original Halo developer, has moved on to something new. But 343 Industries will continue to develop the Halo franchise into the future, including Halo 4, a new game starring Master Chief (the star of the first three Halo games), coming next year.

“In honor ten years of Halo and fans sticking with the franchise for that long, we wanted to go back and remake the graphics and the audio and the game play features up to speed to be comparable with anything else coming out this year,” Kevin Grace, managing editor for 343 Industries, told VentureBeat.

Master Chief’s purpose is to explore the ring-like planet of Halo and discover its secrets as humanity battles the Covenant, a collection of alien races bent on wiping out human kind. The game was Microsoft’s first successful first-person shooter games on the consoles, and it spawned four blockbuster follow-up games, a bunch of best-selling novels, comics and toys.

I played the game recently and it is a lot like I remember the original Halo from 2001, only prettier. In fact, when Halo debuted on the original Xbox, I thought it was one of the best-looking games I had ever seen, with waterfalls and long outdoor views.

But the before-and-after shots here show how much my memory has exaggerated the original game, which is one of my favorites of all time. The game was indeed state-of-the-art in graphics in 2001, but in 2011, it looks quite quaint. That also shows you how far the quality of graphics in video games have come during the past decade. On the Xbox 360, the new Halo game looks great. 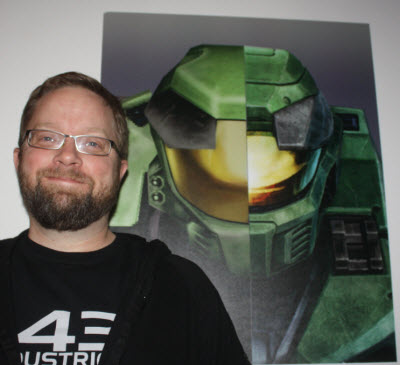 The game will sell for the bargain rate of $40, compared to most other $60 brand-new games. You can also play it in stereoscopic 3D if you have the necessary 3D TV and glasses. The game has new achievements, Skulls (which are hidden treats), and Terminals. The Terminals are stations within the game that teach you more about characters around you, including 343 Guilty Spark, who was waiting for Master Chief to arrive for 100,000 years.

The new game has cooperative play over Xbox Live as well as a bundle of six of the most popular multiplayer maps. It even has some of the original bugs that the first game had. Grace said that the team debated whether to fix the bugs, but it decided to leave them because they became features of the game play that players used to their own advantage.

“In some of those cases, fans used those issues to make their own games like Warthog flipping,” Grace said.

Check out our interview with Grace below.