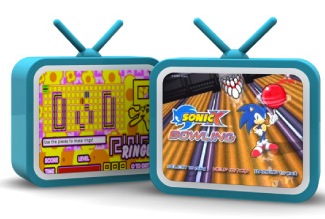 Gaming startup PlayJam has raised a new $5 million round of funding to bring games to smart TVs and set-top boxes, the company announced Tuesday.

PlayJam is known for producing games on internet-connected TV platforms from Samsung, LG, Sony and Panasonic. The company says it’s seen over 6 billion game downloads on those platforms alone.

However, with the increase in devices that give televisions web connectivity — like Blu-ray players, game consoles and set-top boxes — PlayJam has the opportunity to start producing games that are independent of any one distribution platform, especially now that it has money in the bank.

The Smart TV gaming market is just getting started, but PlayJam is poised to become the market leader. The company said half of  customers that download and play free games eventually buy a premium game. Also, its consumers spend an average of 23 minutes per session. (I’m guessing that session is the time it takes someone to start and then stop playing a game without any pauses or breaks.)

The new round, PlayJam’s first, includes participation by GameStop Digital Ventures, Adobe Ventures, Endeavour Ventures, London Venture Partners and others. Founded in 1999, the London-based startup has over 550 games in its library to date.