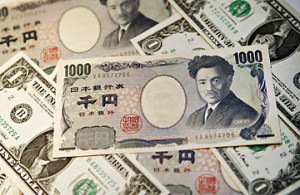 Reuters reports that the new funding will be raised during the beginning of 2012 and that the firm had originally planned to raise $4 billion but will now be aiming as high as $6 billion.

Already, KKR represents the largest Asian-focused fund from a private equity firm. The firm maintains a $4 billion fund raised in 2007 to support Asian investments as well as a $1 billion China growth fund. The former is currently 70 percent invested, sources told Reuters, which has prompted the new fundraising efforts.

According to recent reports from KKR, it expects less volatility in markets like China where the government debt load is lower. “Both Europe and the U.S. are likely to face increased political unrest and social discord as they try to stimulate growth and reduce debt at the same time,” the firm stated in its statements on global macroeconomic trends.

Analysts at the firm also pegged Asia (with the exception of Japan) as a key point of global economic growth but also cited Chinese inflation as a point of concern.

As we’ve noted in recent months, a shaky market in the U.S. as well as distinct advantages in the pan-Asian arena are making the region more and more interesting to investors. Singapore in particular is a hotbed, with a tech-savvy workforce and startup-friendly government regulation.